The toddler’s parents were away at Ibadan for a family function when the tragic incident happened. 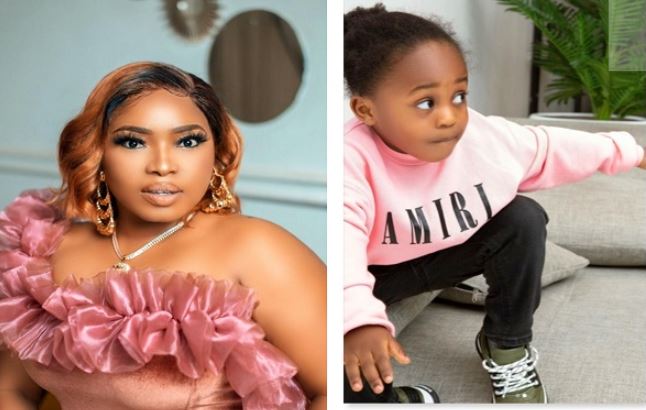 Halima Abubakar, a Nigerian actress, has slammed some people who mourned the passing of Davido's son.

She criticised most of her colleagues mourning Davido’s son Ifeanyi on their social media pages.

Ifeanyi, the award-winning singer’s son died on Monday after drowning in his father’s pool at his residence in Banana Island.

The toddler’s parents were away at Ibadan for a family function when the tragic incident happened.

Doctors pronounced him dead on arrival after his body was found in the bottom of the pool and rushed to Ever Care hospital.

While his death still remained a speculation as at that night, by the early hours of Tuesday morning when it was confirmed, many took to their social media pages to condole with Davido and Chef Chi.

Reacting to the online show of empathy among her colleagues, the ailing actress insinuated they were hypocrites, arguing they didn’t celebrate the deceased child on his third birthday.

She frowned they were swift to hit their pages, posting his photos and expressing ‘fake love’

He carpeted them for having the flair to celebrate bad news rather than good news.

Abubakar further admonished individuals to be more discerning of people around them with such traits and ensure they totally avoid them.

She said: “Half of you who posted that little baby didn’t wish him hbd….. But you are the first to post his demise.

“Do you people think at all? It shows how many of you only celebrate bad news, such a sad reality…

“The pain is fresh… Thank goodness for the spiritual discernment. Run from this type of people.”