On his Twitter page on Friday, Suleiman posted pictures of the actress and their two-year-old son, Keon. 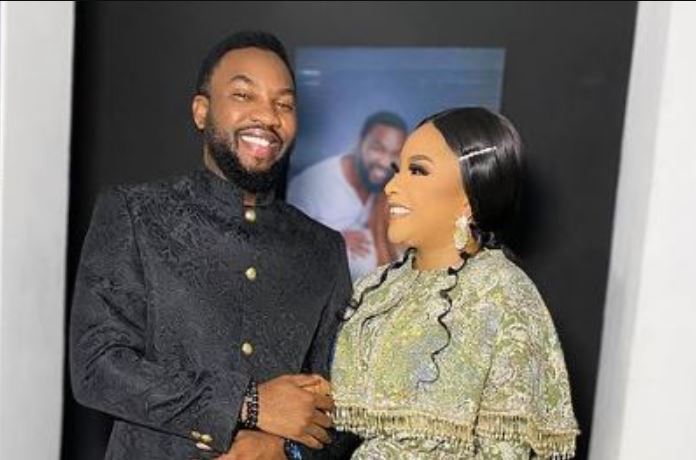 Ibrahim Suleiman, the popular Nollywood actor, has celebrated his wife, Linda Ejiofor, who also happens to be his colleague, on their fourth wedding anniversary.

On his Twitter page on Friday, Suleiman posted pictures of the actress and their two-year-old son, Keon.

Sharing a video of their wedding ceremony, the Blood Sisters actor expressed his appreciation to Linda for being his best friend and biggest supporter.

He tweeted, “Happy anniversary to the love of my life. I have been madly in love with you for five years, married to you for four years, and been your Baby Daddy for two years.

“And every time you kiss me, I am still as blown away as I was the very first time you did on That December Night.

“God bless you, Ihuoma Linda Ejiofor-Suleiman. You give me the peace of a man who knows that his back is covered and thus, I can face the world and boldly attack my dreams.”

Suleiman also described Ejiofor as his “favourite celebrity,” “prayer partner” and “#1 hype woman”, who reminds him of his mother in many ways.

“I am so glad I found you, for I indeed found a good thing. I love you. You know this. Oh, and thank you for Keon. Ya’ll are too cute together,” he wrote.