Ukrainian President Volodymyr Zelensky tweeted his thanks, saying the two nations “are true allies who share common values & have the same goals.” 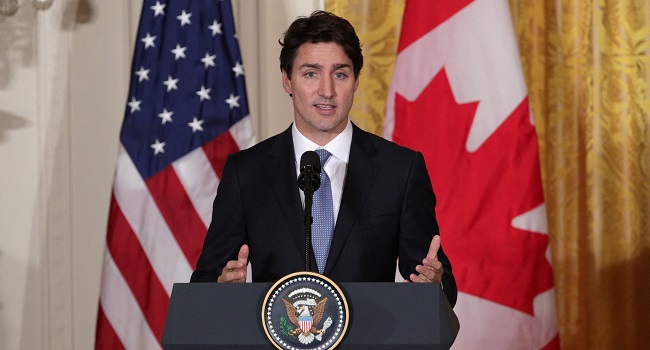 Canada has doubled its military aid to Ukraine to Can$1 billion (US$750 million).
The country made the announcement on Monday. It also announced fresh sanctions against Russian justice and security officials.
“This additional military assistance will support Ukrainians as they bravely continue to fight against (Russian President) Vladimir Putin’s illegal invasion, while these new sanctions will put added pressure on those who support these acts of war,” Prime Minister Justin Trudeau said in a statement.
Ukrainian President Volodymyr Zelensky tweeted his thanks, saying the two nations “are true allies who share common values & have the same goals.”
“We’ll always remember the help provided by the fraternal Canada in the most difficult times. Together we’ll win!” he added.
The new military funding for Ukraine doubles Ottawa’s commitment in its April budget, and will go toward military, surveillance, and communications equipment, fuel, and medical supplies.
Ottawa has previously announced deliveries to Ukraine of armored vehicles, artillery and ammunition, drone cameras, and winter clothing for troops.
The sanctions, meanwhile, target 23 Russian police officers and investigators, prosecutors, judges, and prison officials that the Canadian government says have been “involved in gross and systematic human rights violations against Russian opposition leaders.”
The named individuals include several Russian FSB security service agents accused of involvement in the poisoning of opposition leader Alexei Navalny.
Others were said to be behind the jailing of opposition activist Vladimir Kara-Murza in April for denouncing the Kremlin’s Ukraine offensive. He was charged last month with high treason.
Top Stories