Nnamdi Kanu Not A Separatist But Self-Determination Activist – Mike Ozekhome


The notable constitutional lawyer also stated that the leader of the Indigenous People of Biafra, IPoB, Mazi Nnamdi Kanu is not a separatist agitator but a self determination activist. 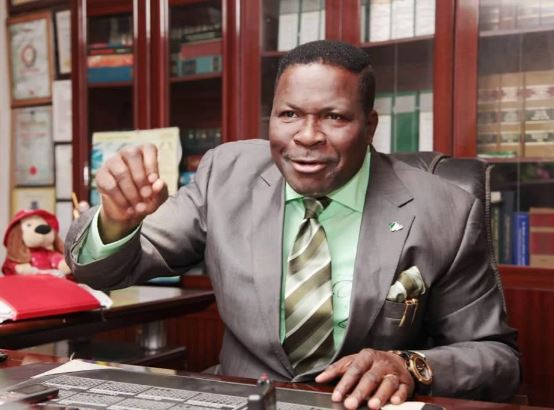 He said that the claim that Nigeria is indissoluble is a joke, saying that those who are making such claims should better not take Nigeria’s unity for granted.

The notable constitutional lawyer also stated that the leader of the Indigenous People of Biafra, IPoB, Mazi Nnamdi Kanu is not a separatist agitator but a self determination activist.

He also told those who feel that Nigeria is indissoluble to ask the USSR, Sudan and Yugoslavia and other countries that dissolved and went their separate ways, adding that he laughs when people say they want united and indissoluble Nigeria, when they take unity for granted and does not care about inclusiveness in government.

Speaking while delivering a lecture entitled, “Nigeria in the Throes of insecurity towards 2023: Any Panacea,” during the 11th Zik Lecture Series, organized by Faculty of Social Sciences, Nnamdi Azikiwe University, Awka, Chief Ozekhome, said that non inclusiveness  is the cause of self determination struggles in Nigeria, which leads to insecurity.

Chief Ozekhome also warned against treating of knowledge and education with disdain, saying that soon it will come up with its own type of insecurity.

“I roar with laughter because old Russia made the same historical mistake. It was forced to dissolve on December 26,1991 by Declaration No. 142 H of the Soviet of the Republic of the Supreme Soviet.”

Chief Ozekhome who also blamed successive Nigerian leaders including the present government of fueling insecurity with non inclusiveness, lopsidedness in their administration style, declared that the leader of the Indigenous People of Biafra, Mazi Nnamdi Kanu, is not a separatist agitator but a self determination activist, adding that what he is doing is enshrined in the law universally.

IPoB is not a violent group, it is the Federal Government and security agents who went and attacked them and killed many on Afara Ukwu, Umuahia where Kanu escaped by whiskers.

Let me be very clear on this, the Federal Government should as a matter of extreme urgency, release and free Nnamdi Kanu, the leader of IPoB. It is the step, and not his continued illegal detention after he had been freed of all criminal allegations by the Court of Appeal Abuja. He said that Kanu’s release will bring about peace, tranquility and conducive environment for the 2023 elections.

“We must be careful to think that Nigerian is indivisible. We must nurture those indices that guarantee unity. No right thinking Nigerian can fault Chinua Achebe ascertain that the problem of Nigeria is leadership.