Oromoni allegedly died as a result of bullying, assault, negligence and administration of poisonous substance in the school. 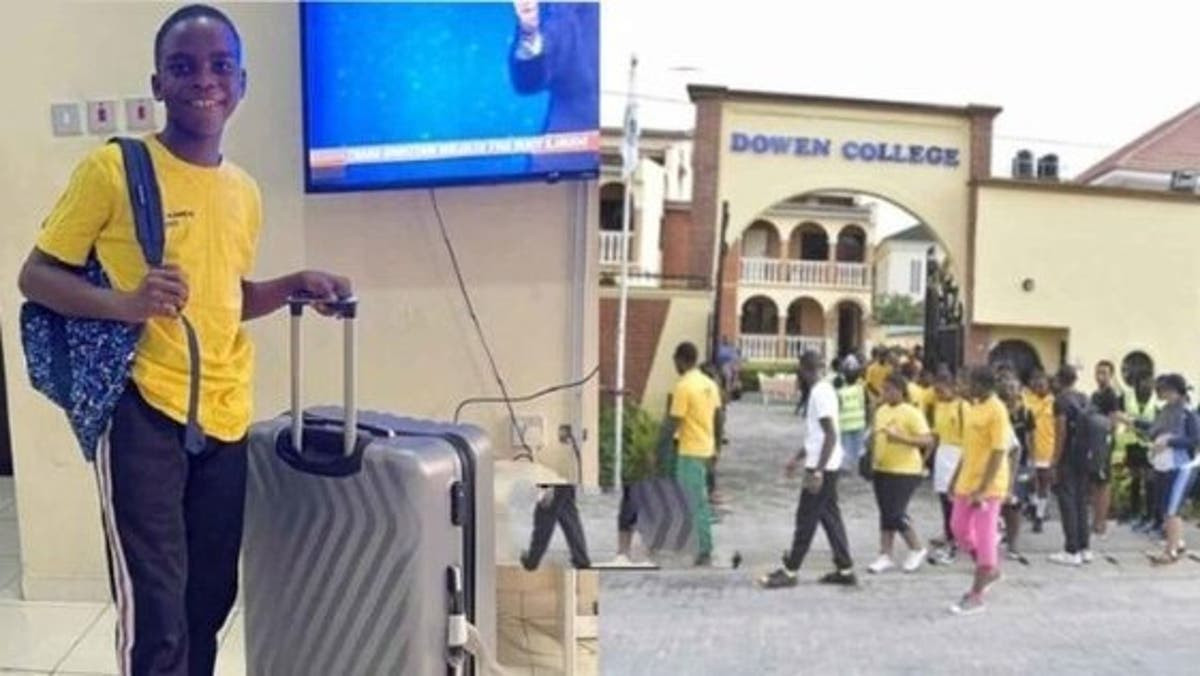 The PUNCH reports that the family of late Sylvester Oromoni Jnr, has demanded for justice for him.

The late Sylvester was a student of Dowen College Lekki, Lagos State, who died in controversial  circumstances on November 30, 2021. His family has continued to cry out for justice on the matter, one year after.

Oromoni allegedly died as a result of bullying, assault, negligence and administration of poisonous substance in the school.

A coroner inquest ordered by the Lagos State Government to unravel the cause of death, which commenced on the January 21, 2022 at the Magistrate Court, Epe (now Magistrate Court 20, Ogba) is yet to be concluded.

The father of the deceased student, Mr. Sylvester Oromoni, said in a signed statement made available to journalists in Warri, Delta State on Tuesday, that if the inquest is not concluded before the end of this year, he would be compelled to withdraw from it “in order to take a different legal step to seek justice.”

He noted with concern that the coroner inquest of the Ikoyi building collapse of 2021 where 52 persons died did not take this protracted time.

Also, the inquest on the Ojota Yoruba rally where one Miss Jumoke Oyeleke died had since been concluded, he added.

The statement read partly, “As the father of the deceased, I cannot be tired or discouraged from pursuing justice as I have promised my son to get him justice even if it will take thirty years to achieve it.

“Today, November 30, 2022 makes it a year since the demise of my son and the body is still in the morgue, yet to be buried. This one-year memorial being held today is to tell Nigerians and the entire world about the current position of the inquest and the antics of Dowen College.

“I am equally aware that some civil society organisations and NGOs in Abuja and Lagos are equally observing the one-year memorial today to mark his one-year untimely demise.

“May the soul of Sylvester Oromoni (Jnr.) and all departed souls rest in perfect peace. Amen.

“At this point, I wish to call on the Honourable Coroner to please do the needful by urgently bringing the inquest to an end as Nigerians and the entire world are waiting for the dispensation of justice in this case as justice delayed, is justice denied.

“This struggle is not only about my late son, but my own way of preventing the future occurrence of this tragic incident.

“In the same vein, we equally urge the Lagos State Government, as a matter of urgency to charge Dowen College and all the staff who had earlier been recommended for prosecution in the DPP Advice of 30th day of December, 2021 to court.

“Already, Dowen College has since the commencement of this Coroner put a lot of things in order in the school premises which were not available at the material time.

“You may wish to know that the installation of CCTV cameras and a football pitch have been provided as against the former concrete basketball court which was being used.

“I must state categorically that if this inquest is not concluded before the end of this year, I shall be compelled to withdraw from it in order to take a different legal step to seek justice.”

PUNCH Metro gathered that the legal advice earlier issued by the office of the Director of Public Prosecution, Ministry of Justice, Lagos State indicted Dowen College and some of its staff and recommended them for prosecution under Section 252 of the Criminal Law (C17) Vol. 3 Laws of Lagos State 2015.

Notwithstanding the advice, these individuals indicted are reportedly walking freely while the body of the deceased continues to lie in the morgue.

With the effort of the Honourable Coroner and the cooperation of several parents particularly the parents of the two witnesses who came from Abuja to testify on November 14, 2022, the coroner thereafter adjourned proceedings to  November 21, 2022 for Dowen College to produce the two remaining witnesses from the school.

However, the school reportedly refused to provide these two witnesses who were currently in Dowen College on the said  November 21, 2022, to enable them to testify before the coroner. As a result of that, the inquest was further adjourned to November 28, 2022. Unfortunately, the coroner could not also sit on this date because of the unavailability of these vital witnesses from Dowen College.