The school's administration published a memo on Thursday, Dec 1, specifying categories of fees to be paid by its students. 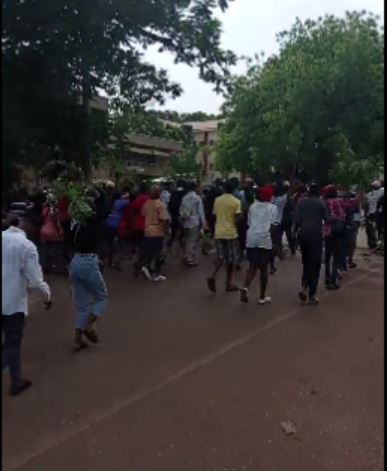 The many students of the University of Nigeria, Nsukka, have stage protests against the authorities.

The students are protesting the 100 percent hike in their school fees.

The school's administration published a memo on Thursday, Dec 1, specifying categories of fees to be paid by its students.

Before the new development, old students in the institution paid a fee of N40,000, and new students N83,000.

To protest the increment, students trooped out on campus with leaves in their hands for a demonstration march.

The students said even if an increment becomes inevitable, a 100% increment is too much and they are calling for a reduction.

Many have taken to Twitter to protest the increment. 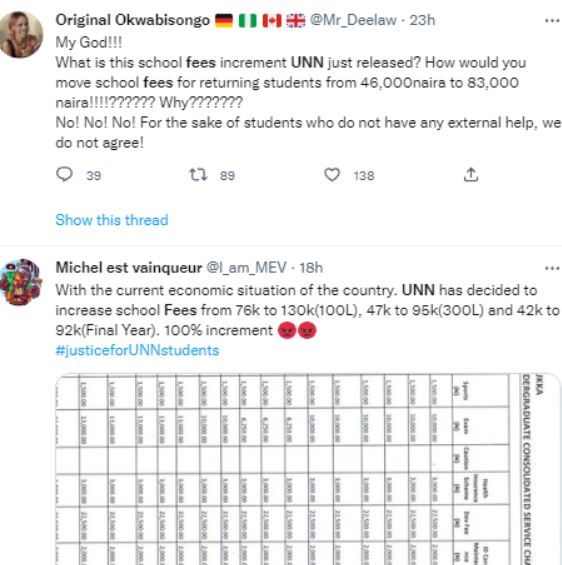 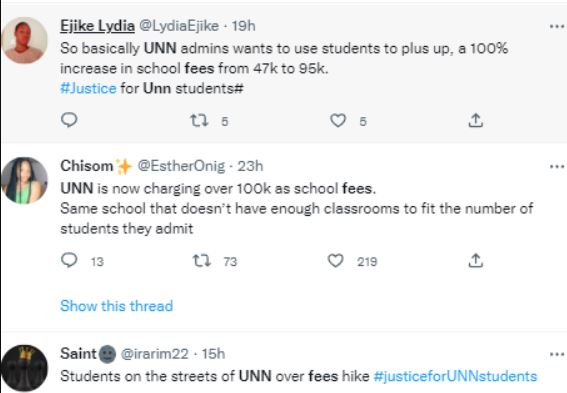 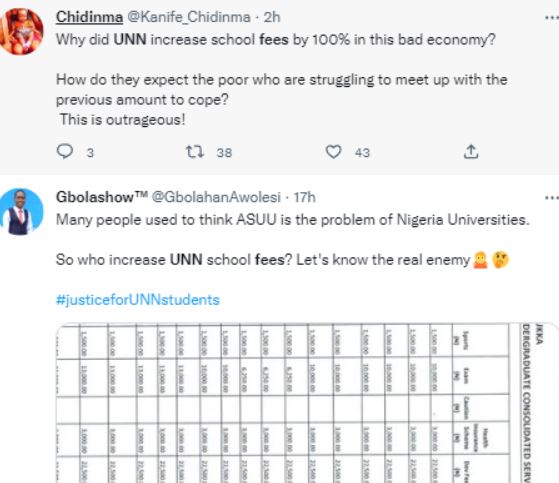 Students on the streets of UNN over fees hike #justiceforUNNstudents pic.twitter.com/NKKub1wD1E