Diddy gifted his daughters he welcomed with late model Kim Porter, the cars in front of their loved ones. 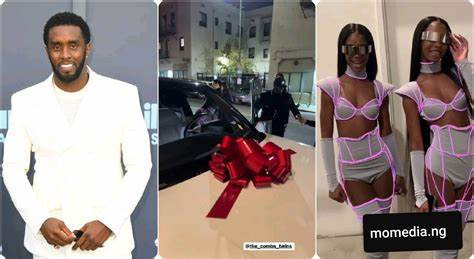 Musician and business tycoon, Sean 'Diddy' Combs has surprised his twin daughters D'Lila and Jessie by gifting them matching Range Rovers at their lavish 16th birthday party.
Diddy gifted his daughters he welcomed with late model Kim Porter, the cars in front of their loved ones.
D'Lila and Jessie gave their father a big hug after he presented the gifts, as a woman in the background reminded them they asked for one black and one white vehicle.
Still, the teens looked in disbelief to be receiving their dream cars as they walked over to give their SUVs, which both had giant red bows on the hoods, a closer look.
After they got into the driver's seat, they could be seen covering their mouths as they gasped.
Though the exact model of the cars was not confirmed, a new 2022 Range Rover ranges in price from $44,700 to $215,500.