Unfortunately for him, the owner of the stolen native cow, Thomas Agbo, who came to sympathize with the family of the deceased, was able to identify the cow being presented by the son-in-law as his missing cow and raised an alarm. 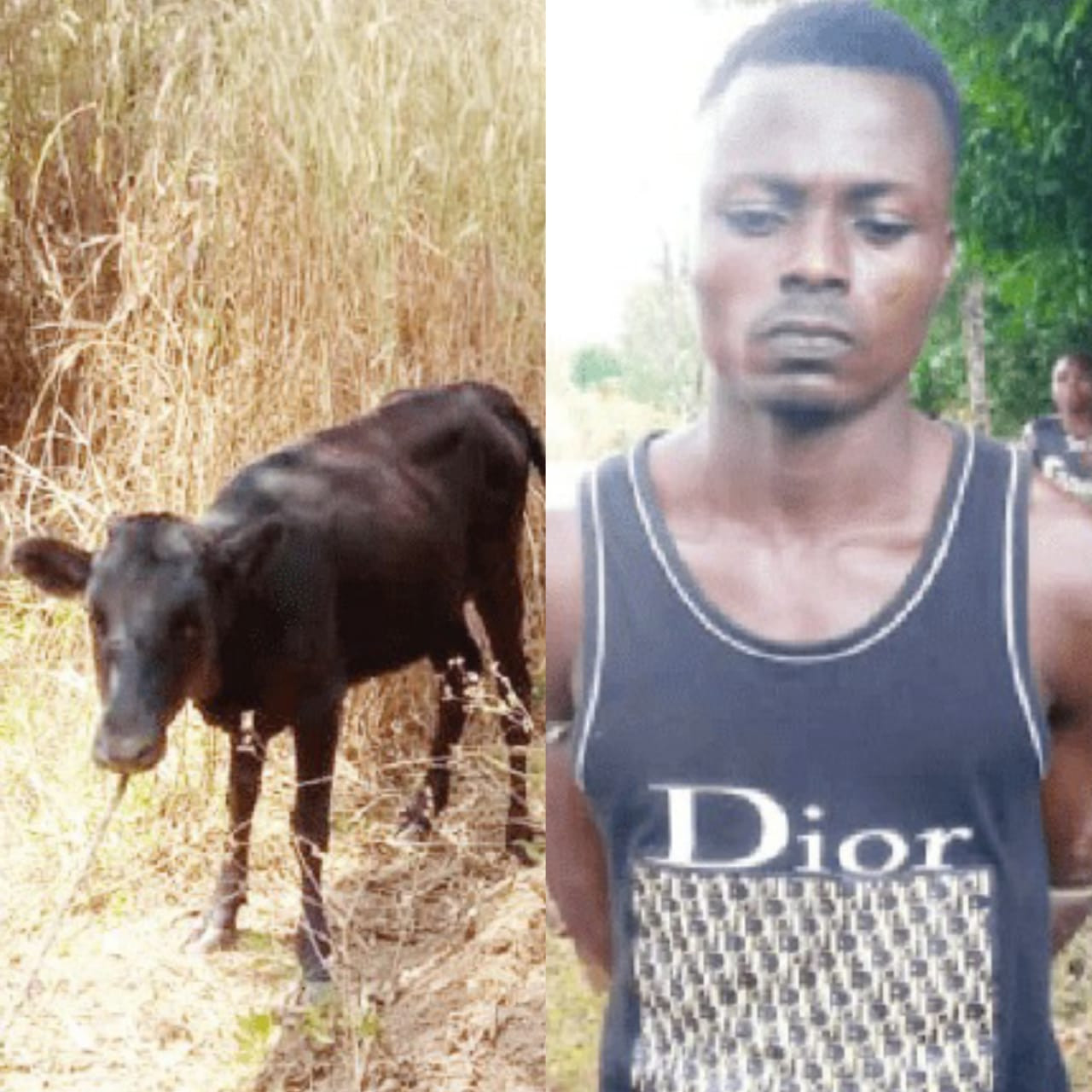 A young man, Ikenna Ogbonna Ota from Azuoto Okpoitumo community in Abakaliki Local Government Area of the state has been arrested by the police in Ebonyi state.
Ota was arrested for allegedly stealing and presenting a stolen cow for the burial rites of his late father-in-law.
According to reports, Ota visited the family house of his in-laws on Friday, December 9, 2022, for the presentation of materials for the burial of their late father. He had come with a female cow he allegedly stole from his community to them for the ceremony.
Unfortunately for him, the owner of the stolen native cow, Thomas Agbo, who came to sympathize with the family of the deceased, was able to identify the cow being presented by the son-in-law as his missing cow and raised an alarm.
Agbo said he went for a routine check on the cow in the bush four days before the burial date of his neighbor’s father-in-law but could not see the cow where it was tied.
He explained that he was surprised to see the stolen cow at Ebia Unuphu Community where he went to commiserate with the family of Okemini Oyibe. He said that he saw the cow being tied with some Fulani cows for a presentation for the rites.
“Ikenna Ogbonna Ota is my neighbour. I knew his father-in-law was dead and the burial was slated for 9th of December. Days before the ceremony, one of my cows went missing. All efforts by my children to find it were not successful until I coincidentally saw it being presented at Ebia Unuhu by IKenna for the burial rites of his father-in-law,” he said
When interrogated, the suspect claimed that he did not steal the cow. He alleged that he bought it at the sum of N110,000 (One hundred and ten thousand naira only) from a man known as ‘Mr. No Time’ at Azu-Ebonyi, Amachi Unuphu, a neighboring village to Azuoto Okpuitumo.
The police say that the suspect would be charged to court after the investigation.
Top Stories