The experts noted that marathon s3x complicated by p3nile fracture and persistent erection also known as priapism that is not treated promptly can cause permanent impotence. 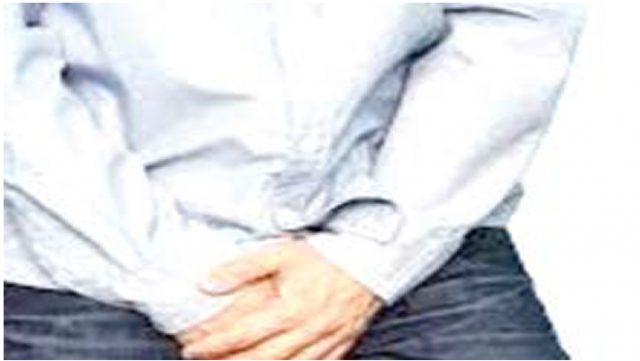 Nigerians have been warned about the dangers of engaging in ‘marathon’ s3x.
According to Punch, experts say the act could lead to permanent impotence.
A s3xual marathon is usually a prolonged s3xual activity over hours and even days.
The experts noted that marathon s3x complicated by p3nile fracture and persistent er3ction also known as priapism that is not treated promptly can cause permanent impotence.
Urology is the branch of medicine that focuses on surgical and medical diseases of the urinary-tract system and the reproductive organs.
The urologists also cautioned against the use of s3x-enhancing drugs without a doctor’s prescription, warning that it could lead to erectile dysfunction.
According to Cleveland Clinic, priapism develops when blood in the penis becomes trapped and unable to drain.
It noted that if the condition is not treated immediately, it can lead to scarring and permanent er3ctile dysfunction.
The medical experts disclose this during separate exclusive interviews with PUNCH HealthWise, stressing that engaging in marathon s3x and use of unprescribed s3x-enhancing drugs are associated with lots of health problems.
A Consultant Urologist, Dr. Gabriel Ogah, told Punch that engaging in ‘marathon’ s3x might even lead to death.
Giving insight into the risk of marathon s3x and the use of s3x-enhancing drugs, Ogah, Managing Director, Ogah Hospital and Urology Centre, Fugar, Edo State, explained, “Of course, marathon s3x can cause death and ill health. It can worsen your heart disease if you are not fit for it.
“Marathon s3x can lead to priapism especially when you are taking drugs, it can lead to penile fracture. And both of them can lead to permanent impotence.
“Marathon s3x can cause permanent impotence if it is complicated by penile fracture and priapism which are not treated expeditiously.
“Priapism is the excessive erection of the penis which does not come down. It is defined as the inappropriate er3ction of the p3nis. If someone takes drugs to have marathon s3x, the p3nis may refuse to go down thereafter.”
According to him, a lot of young people are now taking s3x-enhancing drugs.
“That is not advisable. Nowadays, I see a lot of young people who take s3x enhancers, they get priapism.
“This year alone, I have operated on four people who were having s3x and their penises refused to come down.
“The penis becomes long, about 12 inches long, it doesn’t come down at all. You have to operate on them before they can come down. Then in the past two years, I have treated people who when they are having s3x because of the way and manner, the position, they had a penile fracture”, he said.
Calling for caution during s3xual intercourse, the urologist states that when the penis is erect, it can break like a stick.
He noted, “I operated on one four months ago, and not only that the penis break into two, but the urethra also broke into two. I have to first of all repair the urethra before I repair the p3nis.
“Marathon s3x can lead to p3nile fracture, especially if the lady is on top and is intoxicated by the s3x and she is wiggling buttocks around.
“The p3nis will just break into two, it will bend. That one needs surgery. If the surgery is not done within 24 hours, the person will never have an er3ction for life.”
Top Stories