The police charged the defendant with criminal breach of trust and theft and escaping from lawful custody. 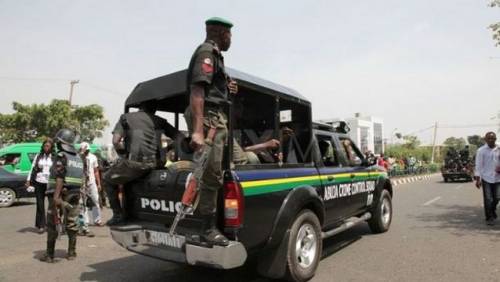 Kelvin Samuel, a 22-year-old Point of Sale ( POS) operator, has been arraigned in court.

He was on Thursday docked in Grade I Area Court, Kubwa, Abuja, for alleged theft.

The police charged the defendant with criminal breach of trust and theft and escaping from lawful custody.

According to NAN, the Prosecution Counsel, John Okpa, told the court that the complainant, Ozigbo Henry, reported the matter at the Divisional Police Headquarters Byazhin on Dec. 29, 2022.

Okpa alleged that the complainant employed the defendant as a POS operator, gave him N100, 000 cash and loaded the machine with N60, 000.

The prosecution counsel said the complainant also gave the defendant his office keys and record book to record daily transactions.

He, however, said the defendant made away with all the items and converted the money to his personal use.

Okpa added that when the defendant was arrested, he attempted to escape police custody.

The defence counsel, Tochukwu Agoziem, made a bail application according to section 36 subsection 5 of the 1999 Constitution, urging the court to exercise its discretion judiciously in favour of the defendant.

The judge, Yahaya Sheshi, allowed the defendant to bail in the sum of N300, 000 with one surety resident within the court’s jurisdiction.

Sheshi said the surety must provide two recent passport photographs, a national identity card and a printout of the bank verification number and deposit N60, 000 as security to the court.