A video has shown the shocking moment a little boy climbed out of a 13th floor window after he was left alone at home. 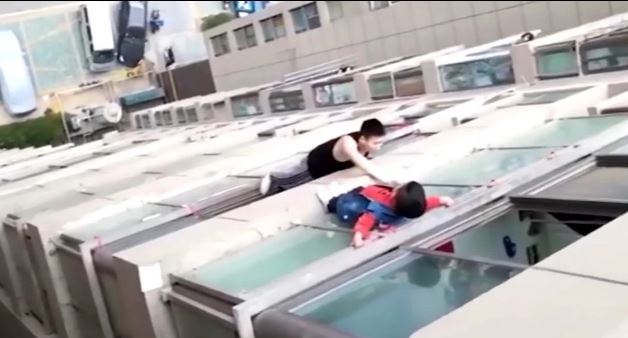 This is the harrowing moment a five-year-old is clinging on to the window of the 13th floor balcony
This is the shocking moment a five-year-old boy clings to the window ledge of this 13th floor home.
In the harrowing footage, the boy is seen standing on the ledge with his back against the window and holding onto the frame.
Zhou Shaoting, a neighbour, is seen trying to help the lad by standing on his own balcony edge.
Security guards and neighbours were forced to scramble and use a bed sheet to act as a temporary safety net.
Mr Zhou was alerted the boy when he heard him crying and immediately called security at the Crystal International Residential District in Siyang in Eastern China. 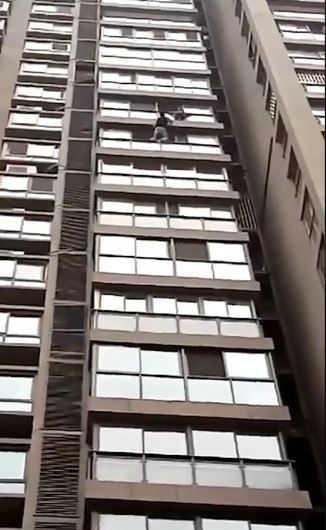 This image shows the height at which the lad was clinging from as security guards had a bed sheet as a make shift safety next down below
He stepped outside his flat and tried to save him on his boy, but he couldn’t find a spot to secure his feet.
He told China News: “It’s too dangerous; the boy could have fallen to his death if he slips.
“It’s a 39 metres ‘cliff’ below”
Mr Zhou heroically decided to stand next to the boy and wait until emergency services arrive or until his family came home.
He added: "I went to the floor below and held on to his legs. "He wouldn't stop crying." 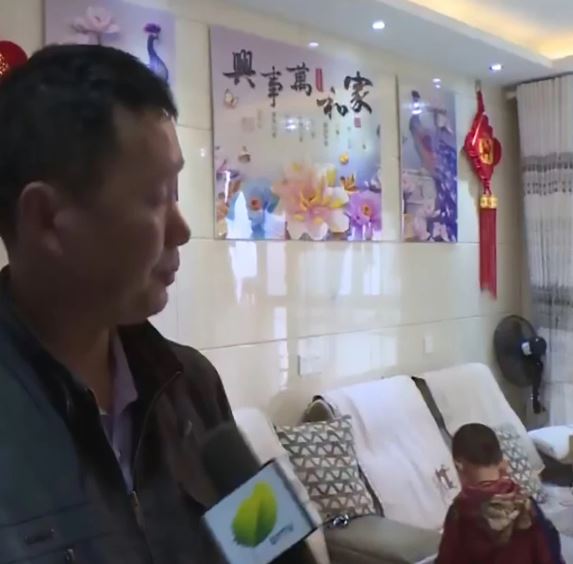 The boy's grandfather Mr Zhang came home and pulled the boy back into safety
About 15 minutes later Mr Zhang, the boy’s grandfather, rushed back home and pulled the boy back to safety.
He said: “This morning I sent my granddaughter to school. There’s no one at home so I left my phone to my grandson to play and told him to wait at home.”
Mr Zhang learned his grandson pulled a chair by the window and found himself trapped outside when he climbed out.
Mr Zhou has been praised a hero after the dramatic moment made headlines in local news.
One neighbour said: "He is really brave. He is at a height where most people would not dare to stand outside the building."
***
Source: The Sun UK
Top Stories