A change up front could be on the cards at Old Trafford as they seek to sell off Lukaku and bring in a sharper striker. 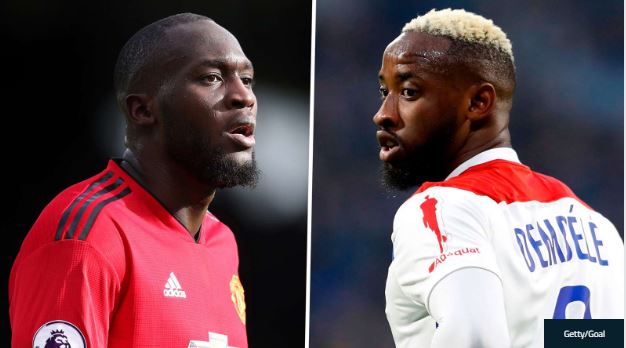 Romelu Lukaku and Moussa Dembele
Manchester United are considering a swoop for Lyon striker Moussa Dembele, with Romelu Lukaku nearing the exit door at Old Trafford.
According to The Sun, the 22-year-old is worth around £40m ($51m) and would fit United's new policy of targeting promising young players over marquee names.
Lukaku, meanwhile, has been heavily linked with Paris Saint Germain and Inter after a mediocre season for the Red Devils.
Arsenal and Manchester City are both interested in signing Charlton midfielder Joe Aribo - according to The Sun.
The 22-year-old will become a free agent this summer and although the Addicks are keen to tie him down to a new deal, speculation is mounting over his future.
Aribo has been vital to Charlton's promotion push in League One, scoring ten goals in 37 appearances.
Gremio defender Walter Kannemann is the subject of interest from Arsenal, according to Calcio Mercato.
The 28-year-old is also a target for Sampdoria but the Gunners are hoping to secure his services with a €12m (£10m, $13m) bid this summer.
Kannemann joined Gremio in 2016 and has since managed to earn five caps for Argentina.
Arsenal are ready to step up their interest in Getafe defender Djene Dakonam, claims France Football.
The Togolese centre-half is said to be a top target for Unai Emery and is believed to have a release clause in his contract of around €35 million (£31m/$39m).
Top Stories