Real Madrid look set to finally secure the signing of Eden Hazard after agreeing a transfer fee with Chelsea for the Belgium international. 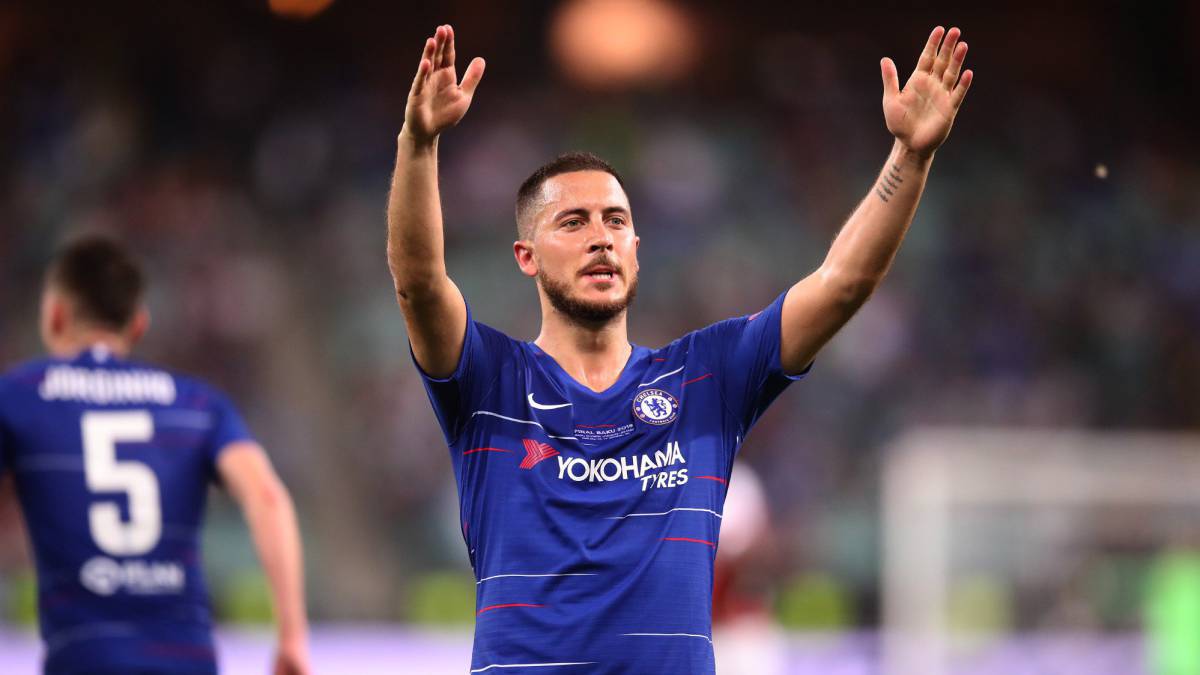 Eden Hazard
The Eden Hazard transfer saga is about to reach its conclusion. Following months of negotiations with Chelsea, Real Madrid could announce the signing of the Belgium star today, after yesterday brought a decisive breakthrough in talks.
AS has been told by sources close to the deal that the Blues have now accepted a Madrid offer of 100m euros plus add-ons for Hazard, who is expected to sign a long-term contract - most likely to be five years in length - at the Bernabéu.
Having informed Hazard of the developments, his agents this afternoon arrived at the Belgian Football Centre in Tubize, central Belgium, where the 28-year-old is on international duty preparing for the Diables Rouges' upcoming Euro 2020 qualifiers against against Kazakhstan and Scotland.
Earlier this morning, Belgian Football Association officials told AS that, particularly with key games coming up on Saturday and Tuesday, there were no immediate plans for the player to travel to Spain to be unveiled by Madrid.
Madrid look set to finally press home their strong bargaining position in their pursuit of a player who is out of contract at Stamford Bridge next summer - a state of affairs that ultimately left Chelsea with no option but to sell at a reduced price or see him leave for free in 12 months' time.
The signing will serve as a major boost to the plans of Madrid head coach Zinedine Zidane, who, to greater and lesser degrees of intensity, has been working on bringing the forward to the Spanish capital for a decade now, having first recommended him to president Florentino Pérez in 2009.
After Madrid's poor 2018/19 campaign, Zidane is busy revamping Los Blancos' squad. On the back of deals for Rodrygo Goes and Éder Militao, the signing of Eintracht Frankfurt striker Luka Jovic was confirmed yesterday, and the purchase of Lyon left-back Ferland Mendy is expected to follow soon.
Top Stories