A man has been left in a state of pain after his girlfriend did something unthinkable because he cheated on her. 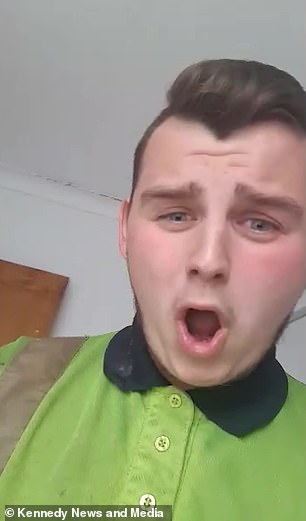 Danny White
A woman has reportedly stripped bare the home of her ex-boyfriend, after discovering that he had cheated on her twice during their four-year relationship.
According to Daily Mail, Danny White, 23, who is being accused of cheating, said he returned home from work to find his home stripped bare.
He revealed that his ex-girlfriend took most of the furniture and even toilet roll.
White said he was paying rent on the property while his girlfriend, who is a student, supplied most of the furniture.
He said, “Me paying that [rent], is like me paying half towards all the furniture.
“I didn’t get that in writing, I should have done but obviously when you’re all loved up that’s the last thing you think of is to get evidence.”
White said he met his former partner while in secondary school and he asked her to marry him in June 2015. He posted his reaction to the situation on Snapchat, where he said he was ‘proper devastated’.
The angry girlfriend, however, didn’t take his television, satellite box, a PS 4 and their adopted stray cat, Minnie.
Top Stories