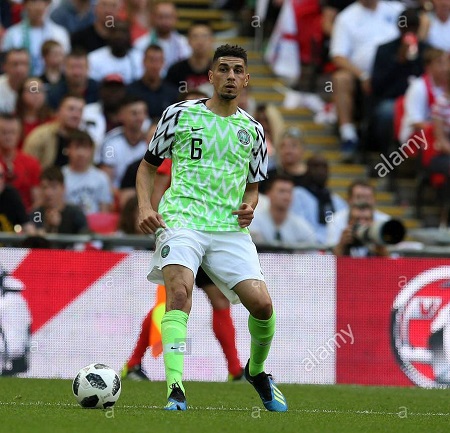 Leon Balogun
Super Eagles coach, Gernot Rohr has picked three players to deputise for regular captain John Obi Mikel when the 2019 Africa Cup of Nations begin in Egypt tomorrow, Vanguard reports.
Ahmed Musa will continue in his role as vice captain, the duo of William Troost-Ekong and Odion Ighalo are behind the Al-Nassr of Saudi Arabia forward respectively.
The four players will share the armband duties among themselves during the tournament pending on who makes the line up or stays on the pitch during substitutions in games at the tournament.
Leon Balogun who has captained the team ahead of the duo of William Troost-Ekong and Odion Ighalo wasn’t considered among one of the four players, a move which is surprising, considering the fact that he came to the team before the aforementioned duo.
Balogun made his debut for the Super Eagles before the 2014 World Cup in Brazil and if longevity was used in picking the four captains then the Brighton and Hove Albion defender should have been considered behind Mikel and Musa respectively.
Top Stories