Hull might now be willing to cash in on their prized asset as the striker will also relish an opportunity to be part of a big club. 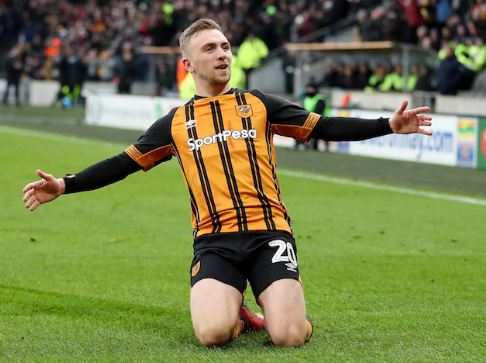 Jared Bowen
Arsenal are set to make a surprise move for Hull City forward Jared Bowen, according to The Sun.
The 22-year-old forward has been on the Gunners’ radar since January, and Gunners manager, Unai Emery has been impressed enough by the player’s performance at Championship side to give the green light to a £12m bid.
Bowen netted 22 goals last season for the Tigers as they failed to reach the playoffs.
Hull might now be willing to cash in on their prized asset.
Hull value the former Hereford man at £15m, but the newspaper claims they might be willing to accept a slightly lower bid if a top-six club comes calling.
Top Stories