A US rapper will likely spend the rest of his life in jail after being found guilty of murder. 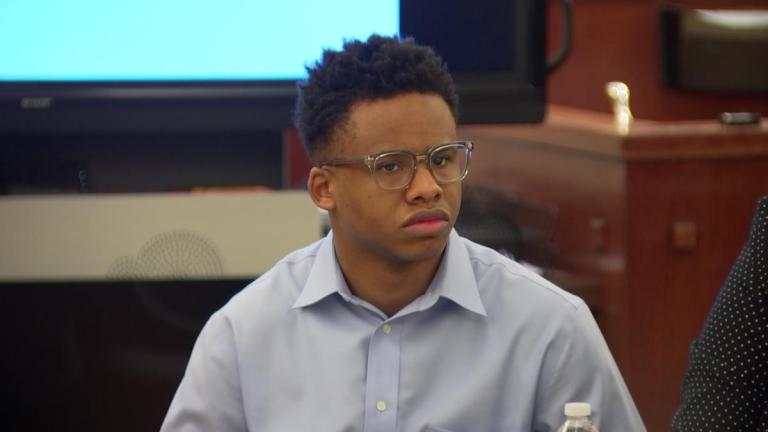 Taymor McIntyre
19-year-old American rapper, Taymor McIntyre popular known as Tay-K has been found guilty of murder and now facing between 5 and 99 years in prison.
He was found guilty by a North Texas jury on Friday for his part in a 2016 home invasion robbery that led to the death of Ethan Walker, a 21-year-old father and another man wounded.
Jurors also found Tay-K guilty in another aggravated robbery and shooting of Zachary Beloate, who was wounded but survived.
Tay-K pleaded guilty on Monday to the two counts of aggravated robbery related to two other victims inside the house, but pleaded not guilty to capital murder in the death of Ethan Walker, 21, and to another count of aggravated robbery related to the shooting of Beloate.
He was first arrested in July 2016 on capital murder charges at the age of 16 alongside six other people. He was later placed on house arrest until certification hearings were to be held, but before that he and another suspect cut off their ankle monitors and went on the run.
McIntyre was later captured in May 2017.
The six other defendants involved with the case have been found guilty.
According to Star-Telegram, the jury deliberated about four hours over two days before returning its verdict on McIntyre’s case. Had he been convicted of capital murder, he would have automatically been sentenced to life in prison with the chance of parole after 40 years.
Following his murder conviction and three aggravated robbery convictions, he faces five to 99 years or life in prison on each.
Top Stories