The Gunners have been linked with the young French defender throughout the window and have completed a deal to bring him to the Emirates Stadium. 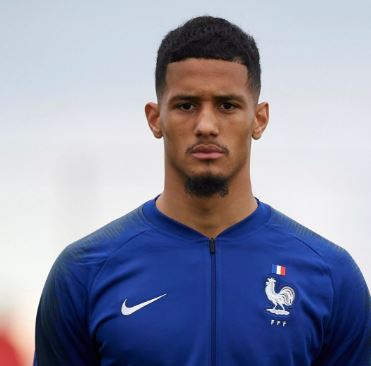 William Saliba
Arsenal have confirmed the signing of defender William Saliba for a fee of £27 million ($34m) on a long-term contract.
The Gunners have been hot on the trail of the Frenchman for a number of weeks, fighting off reported competition from Tottenham, and the deal was finally announced on Thursday afternoon via the club’s official website.
The 18-year-old made 16 appearances for Saint-Etienne in Ligue 1 last season as the club finished fourth, and he will return on loan to the club for the 2019/20 season as part of the deal which sees him become an Arsenal player.
“We’re delighted William is joining us,” head coach Unai Emery told arsenal.com.
“Many teams wanted him but he decided he wanted to come to us and be part of our future.
“He will stay in France next season for more experience and then we look forward to him joining our group.”
The defender has been capped by France at youth level and was called up to their Under-20 setup in March 2019 following his impressive performances in his home country.
Despite appearing for the French national team however, Saliba is also of Cameroonian descent.
Prior to his senior debut for Saint-Etienne in September 2018, the centre-back had appeared for the club’s academy and reserve side but was fast-tracked to the first-team setup after only a handful of appearances for the latter.
Emery will be hoping that Saliba can provide a long-term solution to the defensive problems that have plagued his side ever since his arrival in North London, as Arsenal kept just one clean sheet away from home last season.
He is the second signing that the Gunners have announced on Thursday, with Dani Ceballos also arriving from Real Madrid on a season-long loan.
The 22-year-old made 34 appearances for Los Blancos last season but has now been deemed surplus to requirements at the Santiago Bernabeu following two seasons with the club.
The midfielder takes Aaron Ramsey’s number eight shirt after the Welshman departed on a free this summer, before moving to Italy to join Serie A champions Juventus.
Top Stories