The 2018 France World Cup winner said he is happy in Chelsea as he deals with a knee injury that has kept him out. 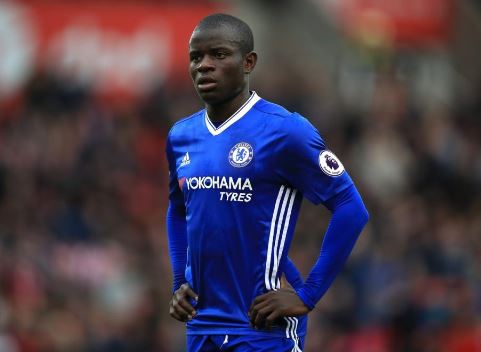 N’Golo Kante
Chelsea midfielder, N’Golo Kante has dismissed reports linking him with a move away from Frank Lampard’s side to Paris Saint-Germain.
The 2018 France World Cup winner said he is happy in Chelsea as he is also preparing for the upcoming 2019-2020 season under Lampard.
It was reported that Kante had drawn interest from PSG.
“PSG? It’s always rewarding to be solicited by big clubs. When there are great coaches who see you in their project, to accomplish great things with their club, it’s nice but in the end, I try to see where I am and what I feel in my club,” Kante told Yahoo Sport.
“And today, I feel good in a club like Chelsea. I’m planning for the next seasons at Chelsea. I could have considered a different avenue for my career, it’s also good to have the choice but in the end, I’m happy with my choices and to be in Chelsea.”
Kante is currently suffering from a knee injury.
Top Stories