Llorente left Tottenham at the end of last season after his contract with the club expired on July 1. 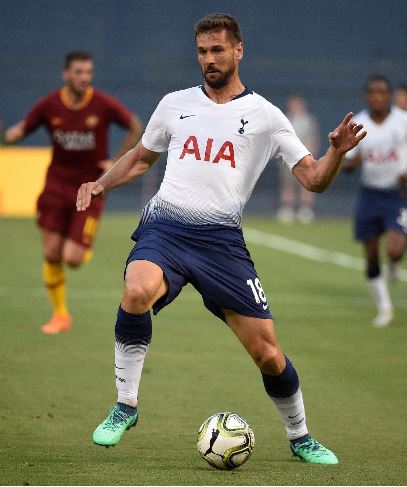 Fernando Llorente
Manchester United are considering a move for former Tottenham Hotspur striker, Fernando Llorente.
According to Gianluca Marizio, Llorente has emerged as a shocking transfer target for Man United.
The Italian newspaper reports that the 34-year-old is being discussed by the Red Devils board as an option to bring in after Thursday’s transfer deadline if Ole Gunnar Solskjaer’s side are short on strikers.
Llorente left Tottenham at the end of last season after his contract with the club expired on July 1.
He scored 13 goals in 66 appearances for Spurs during his two-year spell at Mauricio Pochettino’s side.
It was reported that Man United striker, Romelu Lukaku is keen to quit Old Trafford and was strongly linked with Juventus in a swap deal with Paulo Dybala.
The Belgium international was given permission by Man United to train with Anderlecht, the Belgian outfit with whom the 26-year-old star started his professional career with, before departing for Chelsea in 2011.
Top Stories