He is set to leave the North London giant after the club failed to offer him a new contract, making him a free agent. 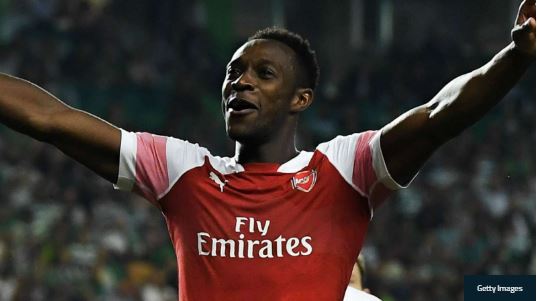 Danny Welbeck
The Hornets are in advanced talks to sign Danny Welbeck who is a free agent after leaving Arsenal, according to reports.
Welbeck, who started his career at Manchester United, has tentatively been linked with a host of clubs this summer though Watford are now in pole position.
Coutinho to snub Tottenham loan offer
Philippe Coutinho is set to turn down the chance to join Tottenham on loan, talkSPORT reports.
The Brazilian has struggled to settle at Camp Nou, failing to hit the same kind of form that earned him a move away from Liverpool.
Barca had been hoping to sell the attacker outright to help raise funds to bring Neymar back to the club, but options are starting to run out for the Catalan side.
As such, getting Coutinho's wage bill off the books, even in the short term, could be the best route to take.
Lukaku trying to force move away from United
Romelu Lukaku feels 'like a spare part' at Manchester United and has stopped talking to Ole Gunnar Solskjaer, according to a report in The Athletic.
The striker has been heavily linked with a move to Serie A giants Juventus and Inter and is trying to force a move before the transfer window slams shut this month.
Still in his homeland Belgium, Lukaku has gone AWOL and been training with the Under 18s of his old club Anderlecht to maintain his fitness.
Arsenal warned Upamecano will cost £92m
RB Leipzig don't want to sell centre-back this summer
RB Leipzig have told Arsenal that they will have to pay Dayot Upamecano’s £92 million release clause if they want to sign him, The Mirror says.
The Gunners have identified the centre-back as a top target before the Premier League transfer window closes on Thursday.
But RB Leipzig have no interest in selling the 20-year-old and will only let him go if they are forced into it.
Top Stories