The Crystal Palace winger missed out on a move in the summer window, amid talk of interest from Arsenal and Everton. 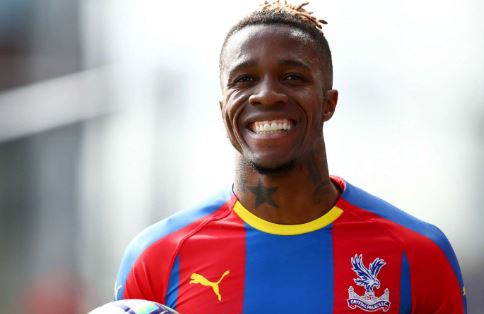 Wilfried Zaha
Chelsea are planning to launch an £80 million ($97m) raid for Wilfried Zaha in January if they can get their transfer ban overturned, reports The Sun.
The Crystal Palace winger missed out on a move in the summer window, amid talk of interest from Arsenal and Everton, but could head for the Selhurst Park exits in 2020.
Sanchez to stay at Manchester United
Alexis Sanchez will be staying at Manchester United despite serious questions being asked of his future and contribution to the cause.
Ole Gunnar Solskjaer has said: “I do expect him to stay, yeah. There’s a striker there we think is going to be able to score some goals.
“Alexis has come in and trained well he is of course four or five weeks behind the boys, and he has not played apart from the one behind closed doors here, so I think he’ll see this as an opportunity as well to make his mark.”
Mustafi and Elneny could leave Arsenal
With transfer windows still open across Europe, the Evening Standard reports that Shkodran Mustafi and Mohamed Elneny could still leave Arsenal.
Unai Emery has conceded that that there may be further departures at Emirates Stadium despite Premier League club's no longer being able to do business.
Top Stories