Zinedine Zidane has been left feeling bad over the failure of the Spanish giant to land Paul Pogba. 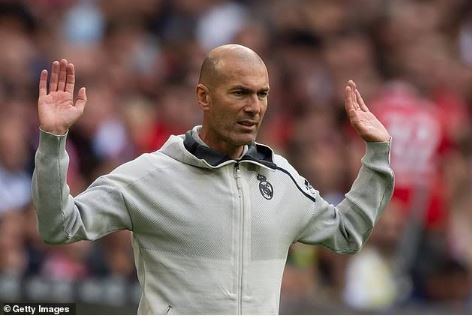 Zinedine Zidane
Zinedine Zidane is considering his future at Real Madrid as it becomes clear a deal for Manchester United midfielder Paul Pogba is off.
The failure to sign Pogba has pushed the Frenchman towards replicating the shock departure he made a year ago.
Spanish journalist Diego Torres has told The Independent: “Not signing Pogba puts Zidane on the brink of resigning.
“Zidane personally promised Pogba he would bring him to Madrid, and now he is left looking bad.
"This has only increased the lack of confidence between Zidane and Florentino [Perez, Madrid club president]."
Top Stories