Unbelievable: Heavily Drunk Mother Kills Her Baby Girl By Lying On Top Of Her


A woman has accidentally killed her own baby girl after lying on the child while heavily drunk. 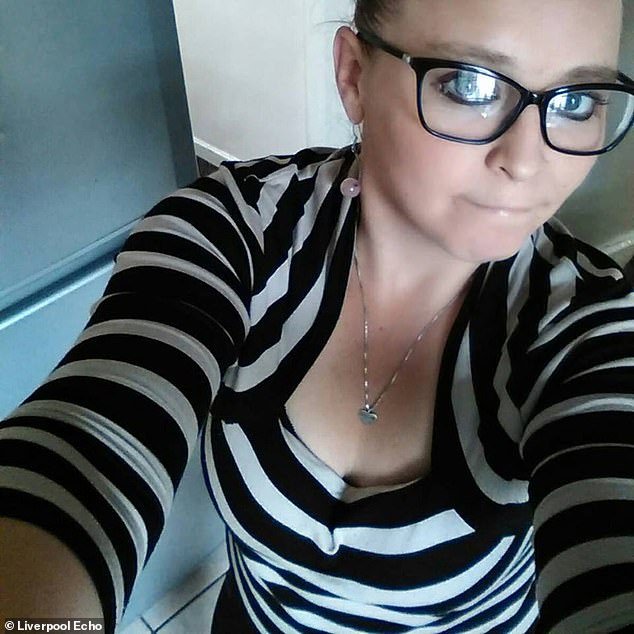 Milda Stucinskaite (pictured) was four times the legal drink-drive limit when her baby Mija Krupaityte was discovered 'lifeless' after she lay on top of her
A four-month-old baby girl died after her mother lay on top of her while heavily drunk, an inquest heard.

Mija Krupaityte was discovered apparently lifeless on a settee by worried lodgers who shared a home with her parents in Walton, Liverpool, on October 14 last year.

Emergency services were called to the address on Grosvenor Road, but the little girl was pronounced dead at Alder Hey Children's Hospital shortly afterwards.

Liverpool Coroners' Court heard on Thursday that Mija's mum, Milda Stucinskaite, was four times the legal drink-drive limit when the baby was found.

This put her in the range of extreme intoxication verging on unconsciousness, the court heard.
The girl's dad, Audrius Krupaitis, who was slumped in an armchair, was the equivalent of two-and-a-half times the drink-drive limit.

Both parents were present at the inquest, along with a Lithuanian interpreter.

Coroner's officer Lisa McElvogue said a lodger living at the address alleged both parents were drinking alcohol.
The lodger made a bottle of milk and passed it to Ms Stucinskaite, who started to feed the baby with it.

The lodger and another man living at the address then went to a kebab shop to collect a pizza.

When they returned 45 minutes later, they found Ms Stucinskaite lying over the baby on the settee and partially covering her body, which was apparently lifeless.

Mr Krupaitis was asleep in an armchair.

The lodger woke the parents and started to perform CPR on the child. 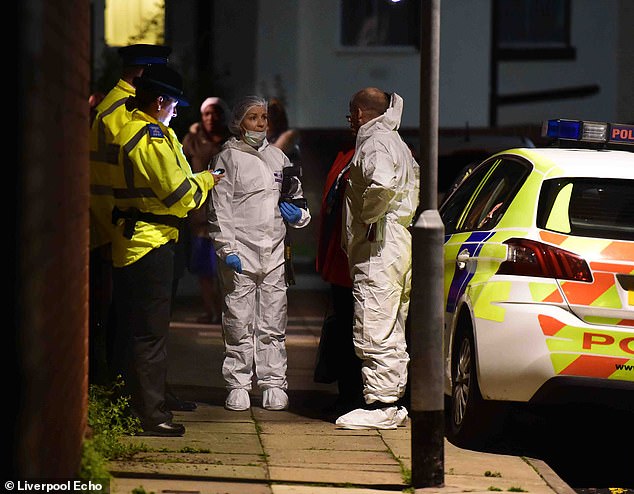 Police outside a house on Grosvenor Road in Walton, Liverpool. A lodger and a neighbour battled to save the baby's life by performing CPR but she was certified dead less than an hour after the first call to emergency services was made
Ms Stucinskaite, meanwhile, ran into the streets, knocking on doors and begging for help from neighbours.

Before the arrival of police and paramedics, some of these neighbours also attempted CPR, along with two health care assistants who were making visits nearby.
Ambulance staff continued with CPR as Mija was taken to Alder Hey, where tragically she was certified dead less than an hour after the first call to emergency services was made.

According to witnesses, Mr Krupaitis, a factory worker, said: 'It's my fault. I fell asleep and woke up and she was on the floor.'

Ms Stucinskaite was reported to have said: 'I sat on the baby.'

A neighbour explained how she battled desperately to save the life of the four month old baby girl.

Mum-of-two Michaela Doyle said: 'I ran to the house and the dad was holding the baby in his hands.

'I took her off him and started off putting my hands under her chin.

'She was floppy, with her eyes closed - I placed her on the sofa and performed mouth-to-mouth on the child.

'The police and the ambulance then took over and I had to stop, I couldn't do it anymore.

'I tried to save the baby's life, but it was too late, she had already gone.

Both parents assisted with the investigation which was launched following the baby's death, which included measuring their blood alcohol levels.

Police initially arrested both parents, aged 32, on suspicion of causing or allowing the death of a child. They were later released.
***
Source: Daily Mail UK
Top Stories