A champion female boxer has been shot dead by her own police officer boyfriend, leaving family and friends in deep grief. 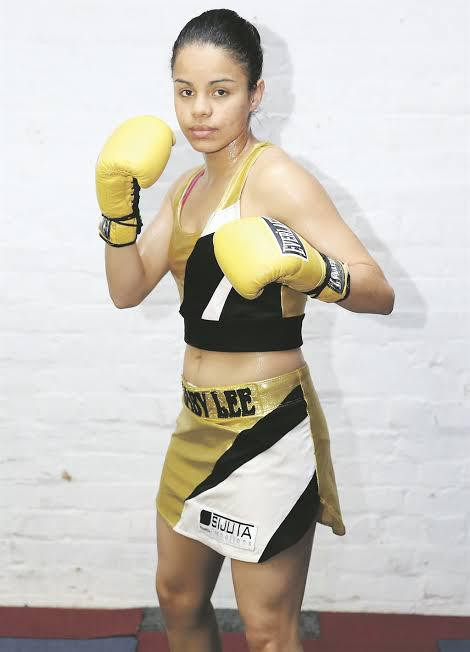 Leighandre Jegels
World karate, continental and SA boxing female champion Leighandre Jegels was shot and killed on Friday, allegedly by her police officer boyfriend, whom she had a protection order against, Times Live reports.

Jegels’ mother, who was also shot in the attack, was rushed to an East London hospital.

A 37-year-old police Tactical Response Team officer was later arrested about 15km from Peddie after the hired white Mercedes-Benz he had been driving was involved in an accident. One person was killed in the accident while four others were injured, the police confirmed to DispatchLIVE on Friday afternoon.
Jegels’s father, Anslin, who was at the scene in Voortrekker Road near Da Gama textile shops, was too distraught to speak to the media. Makhanda police cluster spokesperson Captain Mali Govender confirmed the arrest.

When the WBA Pan-African junior-bantamweight boxing champ was shot dead, she had been travelling in her Volkswagen GTI with her mother to a gym session at Zolani Tete’s All Winners Boxing Club in Mdantsane’s NU1.

She had been training for her ring return against Siphosethu Nxazonke in a junior-bantamweight non-title clash in Mthatha on October 2.

East London police spokesperson Captain Hazel Mqala confirmed the two were flagged down by the suspect who was already standing on the Da Gama turn-off.

Jegels and the accused lived together in Cove Rock until the boxer obtained a protection order against him, sources said.

“She did report allegations of domestic violence against the suspect.

“The guy was standing near the Da Gama textile factory turn-off. She noticed him and got out of the car to talk to him but he pulled out a gun and shot her in the face three times, and proceeded by shooting the mother,” a source said.

Independent Police Investigative Directorate (Ipid) spokesperson Sontaga Seisa said: “It is alleged that an off-duty policeman based at TRT East London fired several shots at his girlfriend who died instantly on the scene. The same policeman fired shots to his girlfriend’s mother and injured her. She is currently receiving medical attention in the area.” 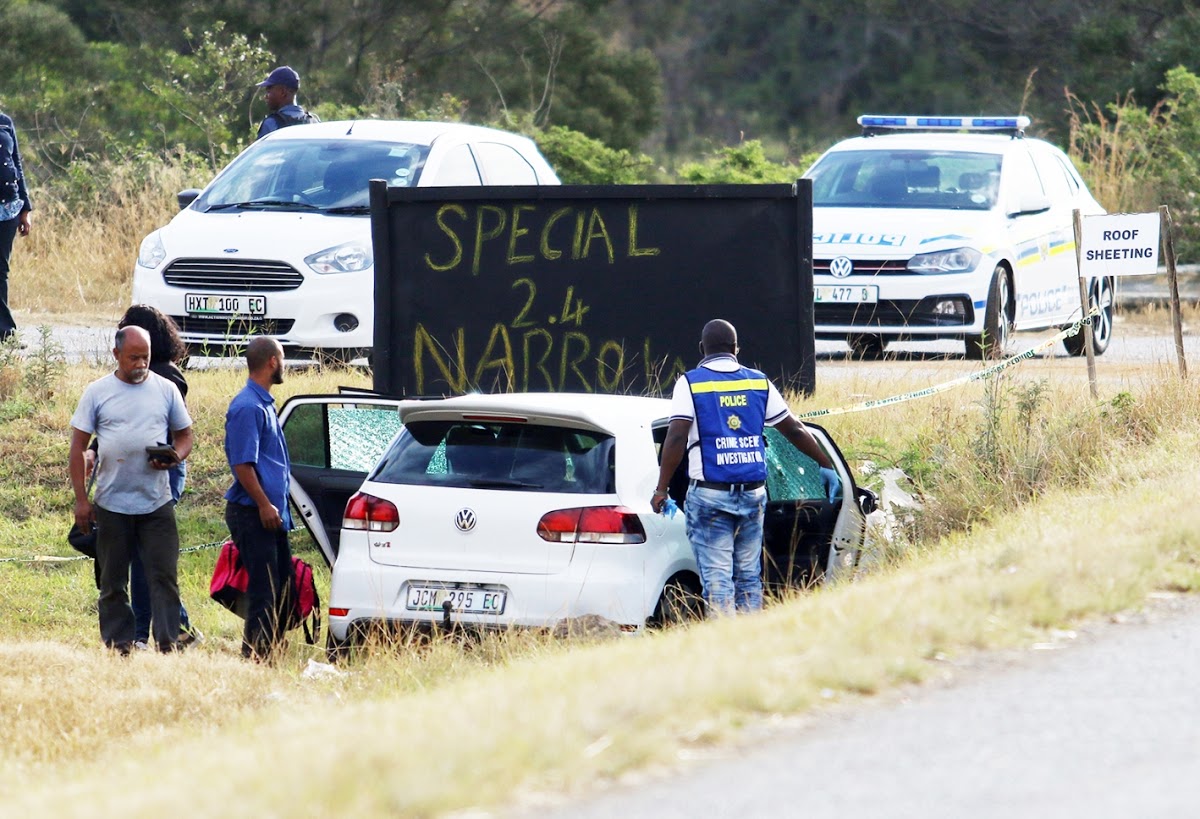 Anslin (grey T-shirt), father of slain boxer Leighandre ‘Baby Lee’ Jegels, was also at the scene following the shooting of his daughter.
Seisa also confirmed they were investigating the shooting.

The former Cranberry Primary School pupil and trained teacher was involved in the kyoku-shinkaikan full-contact karate style. She had a black belt. She had been the South African karate champion in 2009, 2010, 2011 and 2012.

A family friend described the accused, who is also a karateka, as someone who did not appear violent.

“Karatekas are disciplined people and the man didn’t appear as a person who is jealous at all,” said the friend.

A few hours earlier, the bubbly boxer had met the club’s manager, Mla Tengimfene, to discuss her ring return and her path towards the boxing summit.

“I had breakfast with her and we discussed what needed to be done to stage her dramatic return,” confirmed Tengimfene.

“She was excited and looking forward to her ring return. She had been out of the ring for a while and this new venture excited her.”

Jegels, the unbeaten female star, had her promising career delayed due to boxing politics. But the vibrant woman used the opportunity to complete her bachelor of science degree at the University of Fort Hare.

With her boxing passion unwavering, she returned to All Winners Boxing Club teaming up with WBO bantamweight champion, Tete, who pushed her to realising her dream.

A fight in Saudi Arabia was arranged for her with Jegels flying there a month earlier.

“I had to wear a doek all the time while I was there because women are not supposed to expose their bodies there,” she told DispatchLIVE after her return.
Top Stories