PSG Ready To Take Icardi From Inter On Loan


Inter then backed up their words with action as they splashed 74 million pounds on Manchester United's Romelu Lukaku. 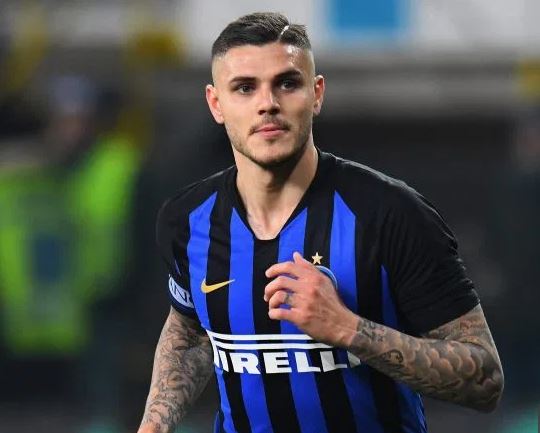 Mauro Icardi
Mauro Icardi is reportedly set for a deadline day loan move to Paris Saint-Germain.
Calcio Mercato claims the Inter Milan exile will link up with Neymar and Kylian Mbappe before the European transfer window slams shut this evening.
Icardi, 26, was told earlier this summer that he was surplus to requirements at the San Siro by new boss Antonio Conte.
Inter then backed up their words with action as they splashed £74million on Manchester United’s Romelu Lukaku.
But when Icardi's proposed switch to Juventus failed to materialise, it seemed Conte – who has a history of alienating strikers – would be stuck with the Argentina international.
However, PSG have apparently made a late loan move for Icardi.
And the misfit forward now looks set to compete with Edinson Cavani as their main striker for the new season.
In other news, Napoli have signed veteran Spanish striker Fernando Llorente on a free transfer.
The 34-year-old was a free agent after leaving Tottenham at the end of last season.
He returns to Italy four years after leaving Serie A champions Juventus.
Top Stories