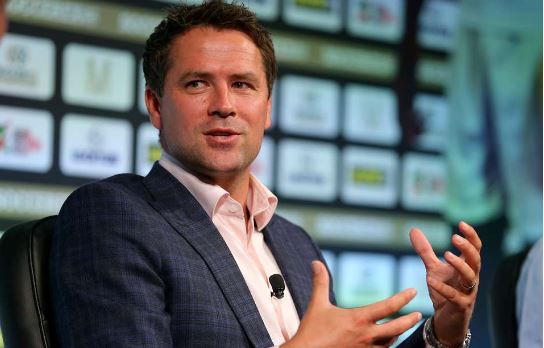 Michael Owen
Former Premier League star, Michael Owen has identified Liverpool’s Mohamed Salah as a ‘selfish’ player following his squabble with fellow teammate, Sadio Mane in the Reds’ 3-0 win over Burnley last weekend in the Premier League.
According to him, Liverpool forward, Roberto Firmino is the Reds’ most unselfish player, while Mane sits in between.
It would be recalled that Mane was taken off for Divock Origi, shortly after failing to receive a pass from Mohamed Salah when the score was 3-0.
When he was taken off, the Senegal forward could be seen walking past manager, Jurgen Klopp and shouting at a member of Liverpool’s staff on the bench.
He was then comforted by fellow goalscorer Roberto Firmino, who had also just been replaced.
“When you look at Liverpool’s front three, you have Roberto Firmino, who is probably the most unselfish player in the world – he would lay on anything – so would be a dream to play with,” Owen told ESPN FC.
“At the other end of the spectrum, you have Mo Salah, who is just focused on scoring and wanting to be the goalscorer. Then you have Sadio Mane, who sits in between – he likes scoring and is selfish when he needs to be – but he’s also quite generous in his passing.
“I think you have a great balance there, but it just boiled over the other day. I was doing the [Burnley-Liverpool] game for television and I said at the time, Have you seen that? There are a couple of times he [Salah] should have been passing.”
Top Stories