Blogger Commits Suicide After Searching Online On Whether To Kill Herself


The story has been told of the blogger who committed suicide after searching online on whether she should kill herself. 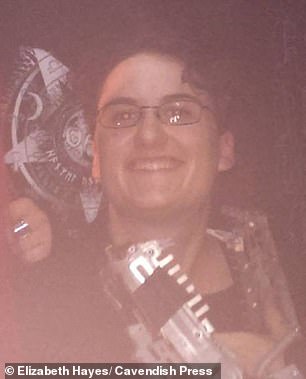 Elizabeth Hayes committed suicide
A young blogger searched 'should I kill myself' online before committing suicide after a severe bout of arthritis left her feeling like 'a burden' at the age of just of 29, an inquest heard.

Elizabeth Hayes, who volunteered at a shelter for men, had arthritis in both hips and had entered the search term 'clinical depression' on her laptop before hanging herself at her home in Blackley, Manchester on July 12 last year, the inquest was told.

Miss Hayes, who lived alone and regularly wrote on the blogging site Tumblr about men's rights and the surge in male suicides across the UK, was found dead by her boyfriend of 12 years Anthony Neary, Manchester Coroner's Court heard.

Police who investigated recovered a medical letter referring to a CT brain scan she had undergone earlier in hospital.

Mr Neary told the inquest she had entered 'financial difficulty' and had felt like a burden 'due to her legs and not getting on with people and the arthritis'.
***
Source: Daily Mail UK
Top Stories