The South Korea international has been a key performer for Spurs but could well make the move to Italy in the future, according to his representative. 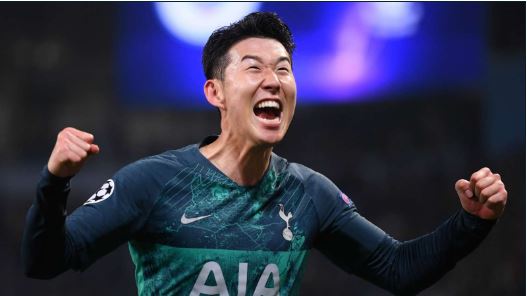 Tottenham star Heung-min Son
Tottenham star Heung-min Son would be open to a future move to Serie A side Napoli, according to his agent Thies Bliemeister.
Son has established himself as one of the best forwards in the Premier League and Europe since joining Tottenham from Bayer Leverkusen in 2015.
The South Korea international has scored 70 goals for Spurs, while he played a key role in the club's memorable run to last season's Champions League final.
However, a new adventure in Italy could interest the 27-year-old, who has netted three goals in all competitions this term.
"I've never brought a player to Napoli, but I'd like to because [Diego] Maradona, my favourite player, played for them," Bliemeister told Radio Marte's 'Si gonfia la rete'.
"I've talked to Napoli in the past, with executives who are no longer at the club. I'll take advantage of this double-header with Salzburg to talk to them.
"As for Son at Napoli, why not? You can never say never in football. Son likes Italy, the food and Italian people.
"It's not easy to take him from Tottenham because he costs a lot but, one day, who knows?"
Son scored the opening goal in Tottenham's humiliating 7-2 Champions League loss to Bayern Munich on Tuesday.
The forward also netted a brace against Crystal Palace in the league last month, while contributing a single assist in three other matches against Arsenal, Leicester City and Southampton.
He has hit double figures in goals in his previous three Premier League seasons, scoring 38 times since the start of the 2016-17 campaign.
Despite his form making him one of Europe's best attacking players, Son revealed he was happy to not get the public attention like some of football's other superstars.
"No, not at all. I’m not like Lionel Messi or Cristiano Ronaldo," Son told DAZN and Goal.
"I can only do my best and try to help the team with it. If I can do that, I will be happy."
Son will be keen to find the back of the net on Saturday, as Spurs travel to face Brighton and Hove Albion at the Amex Stadium.
Top Stories