Hill apologized for her mistakes and said she's stepping down to avoid further pain and embarrassment being thrust onto her and others. 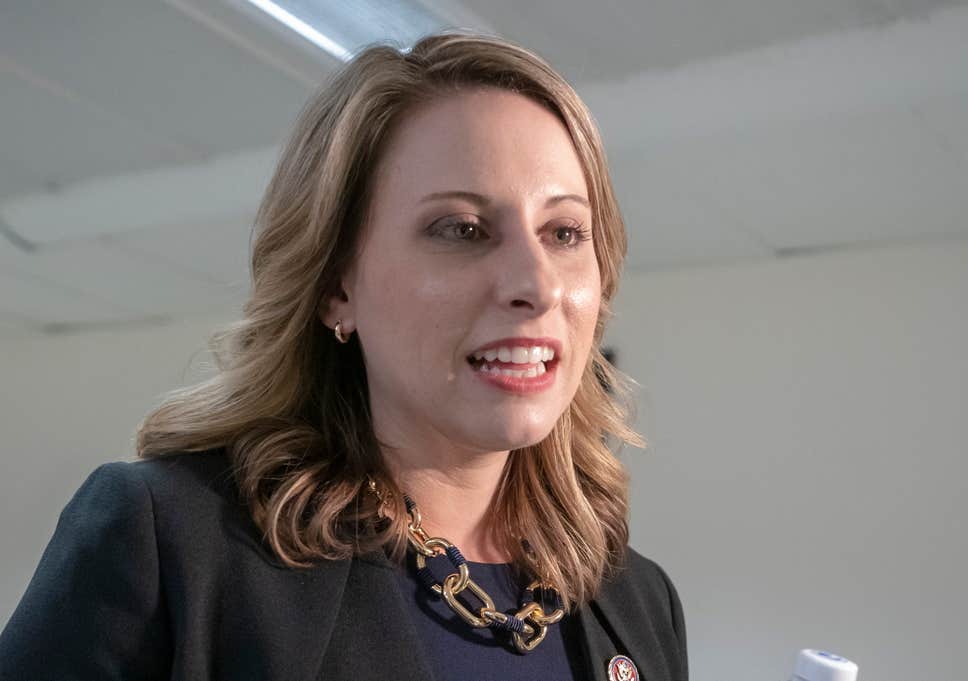 Congresswoman Katie Hill has announced her resignation after photos of her posing naked and making out with her female aide surfaced online. She's now blaming the leaked photos on her estranged husband and dirty politics.

Katie Hill issued a letter on Sunday, saying she was stepping down from her elected post in the House of Representatives after winning the seat in last year's election. She represented California's 25th congressional district, covering parts of Northern Los Angeles.

In the statement, she alleges that her estranged husband, Kenny Heslep, whom she's in the middle of divorcing, is responsible for the leaked photos.

The statement reads: "This is what needs to happen so that the good people who supported me will no longer be subjected to the pain inflicted by my abusive husband and the brutality of hateful political operatives who seem happily provide a platform to a monster who is driving a smear campaign built around cyber exploitation."

She adds, "Having private photos of personal moments weaponized against me has been an appalling invasion of my privacy. It's also illegal, and we are currently pursuing all of our available legal options.

She goes on to say that she's stepping down to avoid further pain and embarrassment being thrust onto her and others.

She also apologized for her mistakes and adds, "Thank you for allowing me to turn my focus on this particular battle right now, and know that I stand with you as we continue to fight for the many important issues that brought me to Congress in the first place."

She finishes the statement, writing: "I love this country, I love all of you, and I thank you for allowing me the great honor of serving you."

Nude photos of Hill surfaced last week and so did reports that Hill and her husband began a relationship with Desjardins in late 2017, shortly before the Democrat hired her as a campaign aide.