Turkish outfit are looking to bring his year-long deal to an abrupt end as the goal-keeper fails to impress. 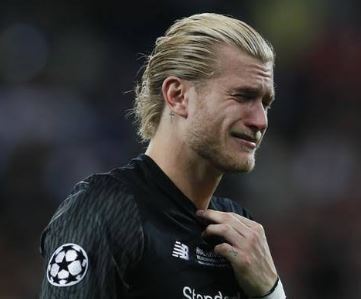 Besiktas will reportedly look to cancel Liverpool loanee keeper Loris Karius' deal and send him back to Anfield in the new year, claims Sport Witness.

The shotstopper, who saw his place at the Reds usurped following the arrival of Alisson, has failed to impress at his new home.

As such, the Turkish outfit are looking to bring his year-long deal to an abrupt end.

The Croatian striker could earn a significant pay rise in the middle-east, but Manchester United are also thought to chasing his signature.

Mandzukic has yet to feature for Juve this season.

Barcelona midfielder Ivan Rakitic is poised to leave the club when the transfer window reopens - according to Marca.

The Croatian has fallen down the pecking order at Camp Nou and Valverde is ready to sanction his departure in January.

Rakitic has only started one of Barcelona's nine La Liga fixtures at the start of the 2019-20 campaign.

Manchester City have placed a £100 million ($128m) price tag on the head of Gabriel Jesus to ward off potential suitors - according to The Sun.

Paris Saint Germain and Bayern Munich are both interested in the Brazilian striker, but the Premier League champions have no plans to offload a prized asset.

Mesut Ozil is reportedly considering a move to DC United or Inter Miami if he is forced out of the Emirates this summer. according to The Guardian.

The German playmaker had reportedly been hoping that head coach Unai Emery would be sacked and that his replacement would restore him to the side, but in the absence of a managerial change he is considering his options.

Should he leave Arsenal, MLS appears to be top of his list of destinations, with DC United and Inter Miami leading the way.

The Frenchman is understood to be at the top of compatriot Zinedine Zidane's wishlist as he looks to steady the ship at Madrid after a mixed start to the season.

Pogba aims to aid Zidane's pursuit by making it clear to United he will not renew his contract beyond June 2021.
Top Stories