Speaking publicly, Emery said the Switzerland midfielder is devastated amid a row with club supporters. 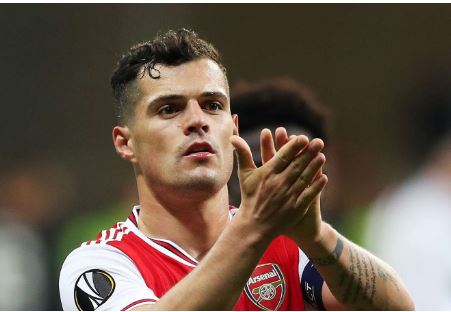 Arsenal manager, Unai Emery, has left Granit Xhaka out of the squad, that will travel to Liverpool, for their Carabao Cup round of 16 clash on Wednesday.

Speaking to the media on Tuesday, Emery said the Switzerland midfielder is devastated amid a row with club supporters.

Xhaka taunted Arsenal fans and removed his shirt when storming off the pitch, after he was substituted during the side’s 2-2 draw to Crystal Palace on Sunday.

The midfielder appeared to swear at his team’s own supporters, as well as waving his arms taunting supporters to jeer louder and cupping his ear.

“It’s not easy for him and for the team.

“He is now devastated, sad.

“He trained normally with the group but he is devastated. He is sad about that situation.

“His commitment is great every time. He wants to help. His behaviour was perfect in training, with the group and club.

“Really he knows he was wrong,” Emery said.
Top Stories