Valverde Reveals Why Barcelona Lost 3-1 To Levante, Speaks On Resigning


Lionel Messi opened scoring for Barcelona in the first-half but three goals from Jose Campana, Borja Mayoral and Nemanja Radoja changed the game. 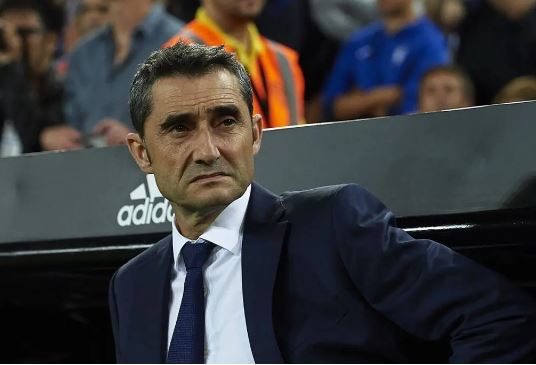 Barcelona manager, Ernesto Valverde has disclosed that the Blaugrana was defeated 3-1 by Levante in the La Liga on Saturday because his side ‘lacked a structure’ during the second half of the encounter.

Valverde also insisted that he isn’t thinking about resigning as Barcelona coach after their disappointing defeat to Levante.

“Of course I’m not thinking about resigning, it’s just a defeat,” Valverde was quoted by Marca as saying in his post-match press conference.

“The players have responded and we have to continue working.

“We have lost a match and that’s it; we always react and this time won’t be any different.

“Our intention was to go and look for the second goal.

“However, we weren’t playing the sort of game to generate more danger.

“I look more at the second half where we lacked a structure; the game was too unstable, although we didn’t think it was won.”
Top Stories