Emery's side have recorded just one win from their last five games, dropping points several times from winning positions. 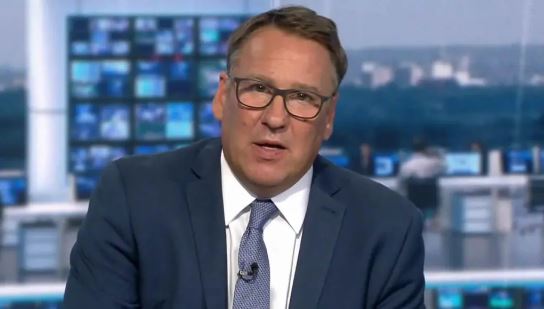 Emery has found himself under pressure at the Emirates Stadium after an underwhelming start to the 2019/2020 Premier League season, with the Gunners already six points off UEFA Champions League spots.

Emery’s side have recorded just one win from their last five games, dropping points several times from winning positions.

But Merson believes Arsenal should “break the bank” for Rodgers, adding that he is the ideal manager to transform the club.

“I read somewhere that Unai Emery was pleased with how Arsenal’s 1-1 draw with Wolves panned out from a tactical perspective,” Merson told Sky Sports.

“Emery is struggling and with a trip to Leicester on Saturday, he will do well to keep hold of his job if that goes against him.

“The gap is already six points to fourth and Arsenal are in a situation where they can realistically only afford to lose two more game this season to keep pace with the teams ahead of them. And, to make matters worse, the fans are turning, they are booing, making decisions and chanting ‘you don’t know what you’re doing’.

“That’s not good, especially ahead of the two-week international break, a break in which Emery’s position will be under threat if they fall to the Foxes.”

Merson added: “Leicester have been outstanding. They have an unbelievable manager. Brendan Rodgers has improved every single player at his disposal.

“He’s getting a tune out of every single player, it’s incredible. If they beat Arsenal on Saturday, they will be in the driving seat for the top four.

“Rodgers has done so well that Leicester have a job on their hands keeping hold of him. If I were Arsenal, I’d be breaking the bank to get him, give him a five-year contract and sit back and watch him transform the club.”