The Nerazzurri boss had some tips for the optimum position to use during intercourse to avoid his star names becoming tired. 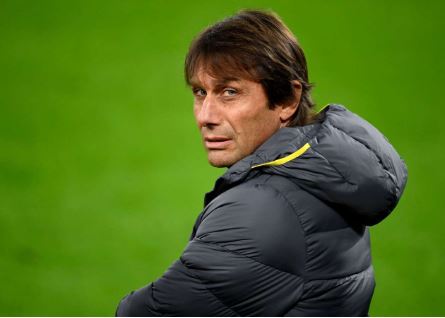 Inter boss Antonio Conte has bizarrely offered advice to his players when it comes to their performance in the bedroom, urging them to only have sex for short periods and use positions where they are "under their partners".

The Nerazzurri are currently second in the Serie A table as they look to mount a serious title challenge and potentially usurp Juventus, who have won the last eight Scudetti in a row.

And Conte appears keen to ensure that every possible advantage is gained by his Inter side, including advice for players relating to sexual intercourse and making sure they are not overexerting themselves prior to matchdays.

He told L'Equipe: "I advise my players to have sex for short periods, with the minimum of effort and use positions where they are under their partners and preferably with their wives. Because then you don't have to be exceptional."

Conte also discussed his approach to management and how he is an advocate of having rules in place at a football club, even if some players don't like adhering to them.

He added: "As soon as I get to work, I demand seriousness, then I set rules and limits to give direction. We are all very good when it comes to talking about rules, but how many have the strength and the desire to enforce them when the problems arrive?

"Many look away to avoid issues. I'm not like that. Anyway, you can be whoever you want. If you've had a great football career, a player will evaluate you, weigh you up and in just two weeks they'll say: 'this is a top coach, this isn't a top coach or this is an average one'."

The former Chelsea boss saw his tactics called into question at times during his spell in England but, after starting with a system comprising four defenders, he revealed he quickly had to change approach to suit the attributes of his squad.

"It depends mainly on the players I have available," he added on the formations he uses. "In Serie B, I played with a 4-2-4. I tried to use this tactic at Juve but I quickly went to 3-5-2 or 3-3-4, depending on the interpretation. This approach was unique.

"My staff and I have always been an example to others. Moreover, before I arrived in the Premier League playing with three centre-backs was taboo. I started with a four-man defence and lost 3-0 to Arsenal [24 September, 2016]. I then changed because I had players who needed to be protected."

Conte also felt compelled to defend his position as Inter boss having been a Juventus player and manager in the past, adding: "One last thing about taking over at Inter as a former Bianconero: I think of myself as an honest and loyal person on all points, I believe in work, effort, sacrifice.

"I do not change my personality, I'm not an ass licker, I do not play the violin. I try to make myself appreciated for all that, but if you prefer to fan the fire rather than take me as a positive example...

"I got to where I am by myself and I do not have to thank anyone except my parents. I am a free spirit."