The board is believed to be deeply concerned by the club's dip under Emery and looking at candidates to take over. 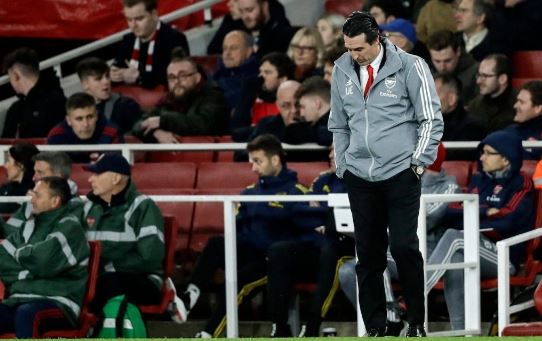 Former Arsenal defender, Martin Keown, has given two reasons he doubts Unai Emery will be sacked by the club, despite their “shambolic” defeat to Eintracht Frankfurt in the Europa League.

The Gunners lost 2-1 to the German club at a half-empty Emirates on Thursday evening, missing the chance to qualify for the knockout stages with a game to spare.

The board is believed to be deeply concerned by the club’s dip under Emery and looking at candidates to take over.

But Keown believes Emery will, “get more time” due to the lack of a “ready-made replacement” and because his former club do not “want to be seen to be panicking”.

When asked whether Emery will be sacked before the trip to Norwich City on Sunday, Keown told BT Sport: “I sincerely hope not. He is a good man and I sincerely hope he can turn it around.

“He’s lost his way but I think he will get the time because I don’t believe there’s a ready-made replacement for him and the club don’t want to be seen to be panicking.”