The prolific striker, Zlatan Ibrahimovic was recently linked with a move to Manchester United and Tottenham. 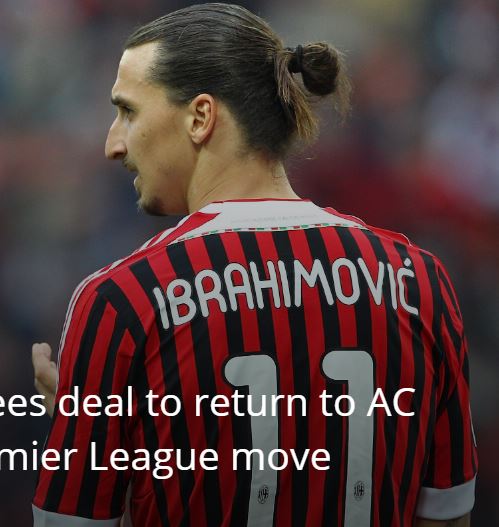 Swedish professional footballer Zlatan Ibrahimovic has reportedly agreed a move to return to Italian side AC Milan despite interest from some Premier League sides.

Zlatan Ibrahimovic was linked with a return to Manchester United when the Red Devils started having issues in scoring goals which put manager Ole Gunnar Solskjaer under pressure.

He was also recently linked with Tottenham when Jose Mourinho took over at Spurs, but the former Chelsea handler explained that he will not sign Zlatan because he has Harry Kane.

The former Paris-Saint-Germain star has left MLS side LA Galaxy after spending two seasons in the US and he is now a free agent.

According to the Telegraph, Zlatan Ibrahimovic has agreed deal with AC Milan until the end of the 2019/20 season in the Serie A. Ibrahimovic played for AC Milan between 2010 and 2012 before he left, and the San Siro side who currently sit 11th in Serie A will hope the Swede can fire them to the top half of the table.

When he joined Manchester United in his first season, Zlatan was superb for the Red Devils scoring 28 goals and also winning the Europa League and League Cup titles.

Knee injury ended his stay at Manchester United before he moved to the US where he netted 52 goals in 56 games for LA Galaxy in all competitions.