A woman who nursed two tigers from when they were babies has been attacked by the animals. 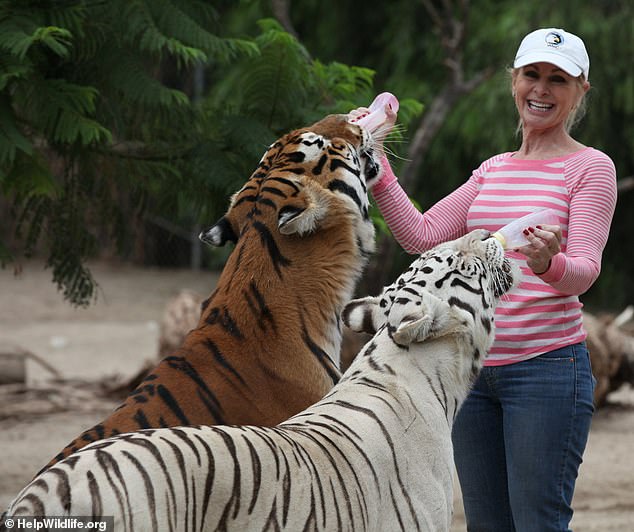 Patty Perry and her two tigers
A report by Dailymail has revealed how a California wildlife conservationist was attacked by two of her own tigers as the cats were trying to play with her at a sanctuary.
Patty Perry, the 66-year-old founder of Wildlife Environmental Conservation (WEC), was in the tigers' cage at the animal sanctuary in Moorpark on Saturday when playtime took a frightening turn.
One of the cats, a Bengal, wrapped its paws around Perry's legs and pulled her to the ground before another tiger pounced on her and began pulling at her with its claws.
Sanctuary staff managed to pull Perry out, but not before she suffered several cuts and puncture wounds to the head and shoulder.
An attorney for WEC, Michael Bradbury, said Perry does not believe the roughly 600-pound animals intended to harm her.
'A lot of people I'm sure that saw it were horrified thinking the worst,' Bradbury told KABC.
'[Perry] said it was obvious they were playing with her because they do love her. She raised them from babies.'
Bradbury said Perry is heartbroken over the incident, which unfolded during a special event for donors.
However, she intends to return to the sanctuary to visit the tigers as soon as she's released from the hospital, the attorney said.
WEC is home to more than 50 animals, including zebras, birds of prey, and leopards. 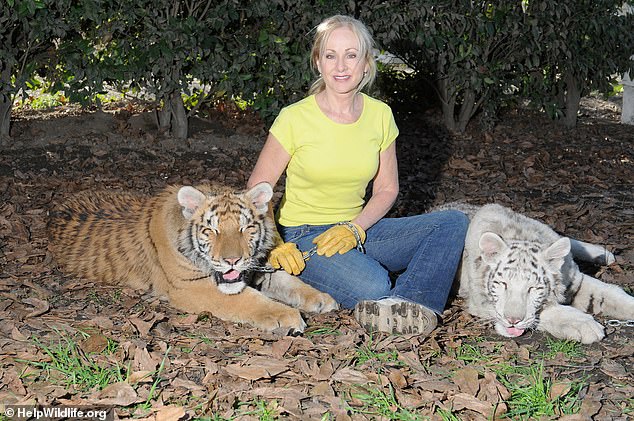