A fire outbreak has reportedly razed a building in Anambra state, destroying properties in the process. 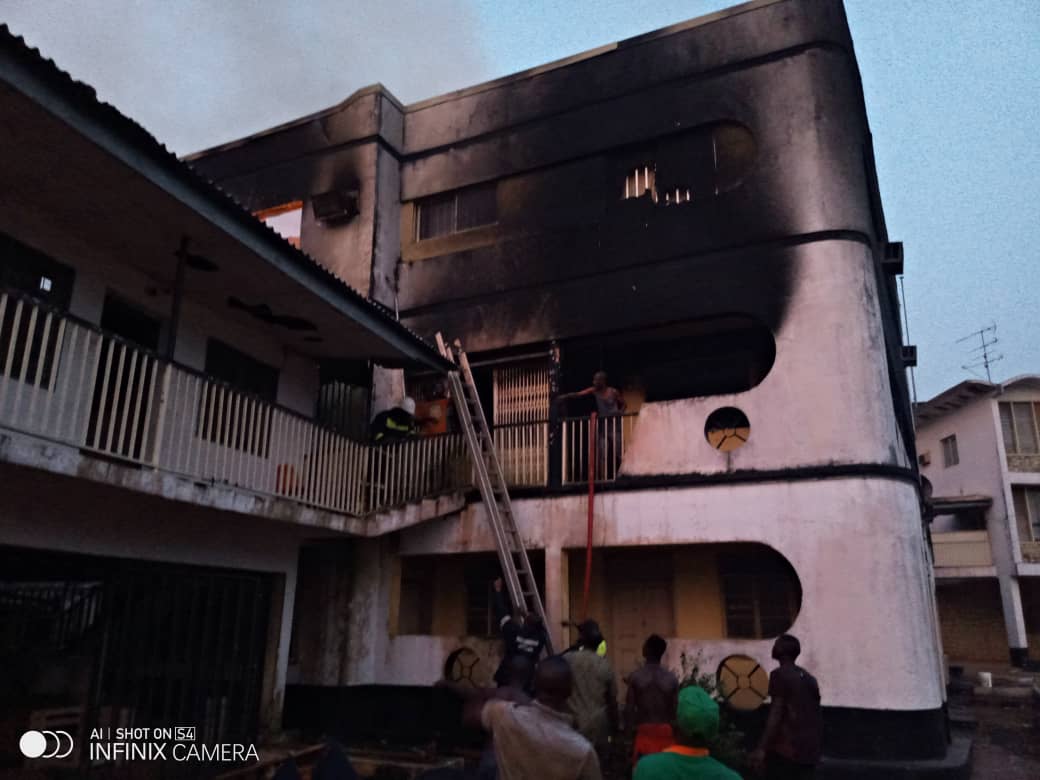 According to a report by Punch Metro, property worth millions of naira were reportedly destroyed in a fire that gutted a two-storey building in Abagana, Njikoka local government area of Anambra State.

The building belonging to late Chief Sir Joe Nwankwu of Orofia village, went up in flames around 6pm.

The Nation gathered that the inferno which cause was yet unknown, affected mostly the second and third floors of the building.

The fire, it was also learnt could have escalated to other sections of the building if not for the quick intervention of the men of the fire service in collaboration with the residents of the area.

The police spokesperson, Haruna Mohammed confirmed the incident, saying no loss of life nor casualty was recorded in the inferno.

He said, “On Wednesday, at about 6:pm, there was a fire outbreak at the residence of late Chief Sir Joe Nwankwu of Orofia village Abagana in Njikoka LGA of Anambra State.

“Following the distress call, Police patrol team led by DPO Abagana CSP Prince Ezejiofor rushed to the scene and alerted the fire service who responded promptly and put off the fire.

“The area was cordoned off by the Police to prevent hoodlums from taking advantage of the situation to loot.

“Cause of fire is yet unknown and property worth millions of naira were destroyed.”

Mohammed added that the case was being investigated to ascertain circumstances surrounding the incident.

Corroborating with the PPRO, the Chief Fire fighter, Martin Agbili said fire trucks and firefighters were quickly deployed to the scene to put out the fire.