If I Reveal What Is Happening In Nigeria, Nobody Will Sleep - T.Y. Danjuma Blows Hot


A former Minister of Defence, T.Y. Danjuma has claimed that if he reveals what is happening in Nigeria, people will lose sleep. 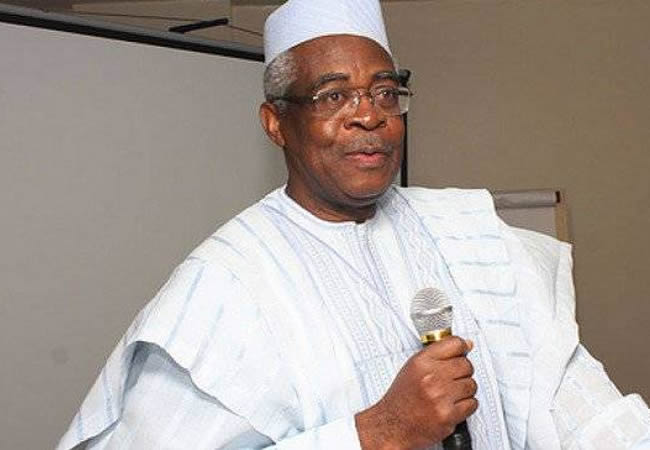 Lt. Gen. T.Y. Danjuma (retd.), a former Minister of Defence, has warned that in Yorubaland, everyone seems to have lost their voice in terms of speaking against “governance collapse”, The Nation reports.

He also warned that the nation was “in a big hole,” stressing the need for everyone to wake up.

Danjuma, alongside other dignitaries, spoke on Thursday at the launch of a book by the Nigerian Tribune, entitled, ‘70 Years of Progressive Journalism,’ at the International Conference Centre, University of Ibadan.

Speaking at the occasion, Danjuma said, “In Yorubaland, everybody seems to have lost their voice.

“People appear not to care about what is happening.

“If I tell you what I know that is happening in Nigeria today, you will no longer sleep.”

Before Danjuma delivered his speech, Afenifere chieftain, Chief Ayo Adebanjo, had observed that Yorubaland was in danger, urging the Alaafin of Oyo, Oba Lamidi Adeyemi, to lead the crusade for the liberation of Yorubaland.

On the strength of Pa Adebanjo’s speech, Danjuma, who was Chief of Army Staff from July 1975 to October 1979, added, “So, Chief Ayo Adebanjo’s warning and advice is very timely.

“If you want details, I will give it to you privately. We are in a big hole as a nation.

“And people who put us in this hole have continued today. So, we have to wake up.”

Continuing, the octogenarian billionaire warned, “Only we can save ourselves. The fifth columnist activities going on among your people are not helping matters.

“May Almighty God continue to bless this country. But only we can save ourselves from ourselves.”

In her opening remarks, chairman of the Nigerian Tribune, Dr. Olatokunbo Awolowo-Dosunmu, eulogised her late father, Chief Obafemi Awolowo, for his vision; and her late mother, Chief HID Awolowo, for establishing the newspaper in 1949 with the aim of making it “a leader in courage, an exemplar in forthrightness and a paragon of beauty in page layout and in the use of language.”

Also at the event, which was chaired by Chief Afe Babalola (SAN), represented by Prof. A. Olowu, was the Chairman of African Newspapers of Nigeria, Dr. Olatokunbo Awolowo-Dosunmu, and the MD/EIC of the Tribune titles, Mr. Edward Dickson, among many other dignitaries.