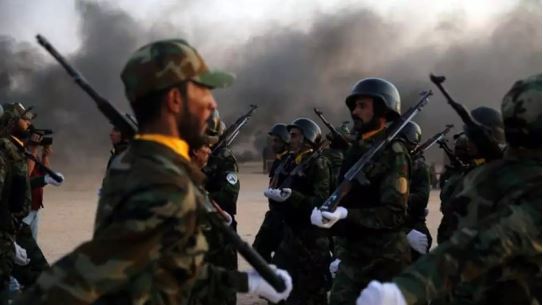 A new US airstrike targeting a commander of Iraq’s Hashd al-Shaabi paramilitary forces has instead killed at least six people early on Saturday, according to Al Jazeera.

This happened a day after an airstrike attack ordered by US President Donald Trump killed top Iranian general, Qassem Soleimani.

Hashd al-Shaabi, also known as the Popular Mobilisation Forces (PMF), denied that a senior commander was in the convoy.

Al Jazeera reports that at least six people, including medics, were killed in the latest raid while three other people were critically wounded.

Taji Road, where the attack took place, leads to a base belonging to non-US coalition forces, including British and Italian troops, according to Al Jazeera’s Osama Bin Javaid, reporting from Baghdad.

Al Jazeera’s correspondent added that a group of vehicles was hit.