Lampard has been left unimpressed by his options in Emerson Palmieri and Marcos Alonso. 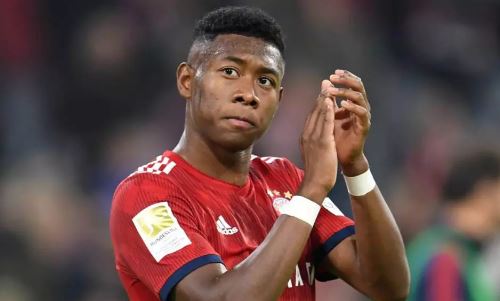 Chelsea are keen on a £60m move for Bayern Munich defender, David Alaba, according to the Sunday Mirror.

Blues boss, Frank Lampard, is looking to strengthen the left side of his defence in the January transfer window.

Lampard has been left unimpressed by his options in Emerson Palmieri and Marcos Alonso.

Alaba, 27, has less than two years remaining on his deal with Bayern and Chelsea are ready to tempt him to move to England.

Alaba has made over 360 appearances for Bayern and is one of the most versatile members of their squad, having been played at left-back and in central defence this season.

Speaking about his future last month, the Austrian said: “I can imagine both: staying here or taking a different route.

“At the moment, however, we have goals here and I want to achieve them with Bayern Munich.”