Rockets have been fired at United States Embassy in Baghdad, Iraq killing civilians. 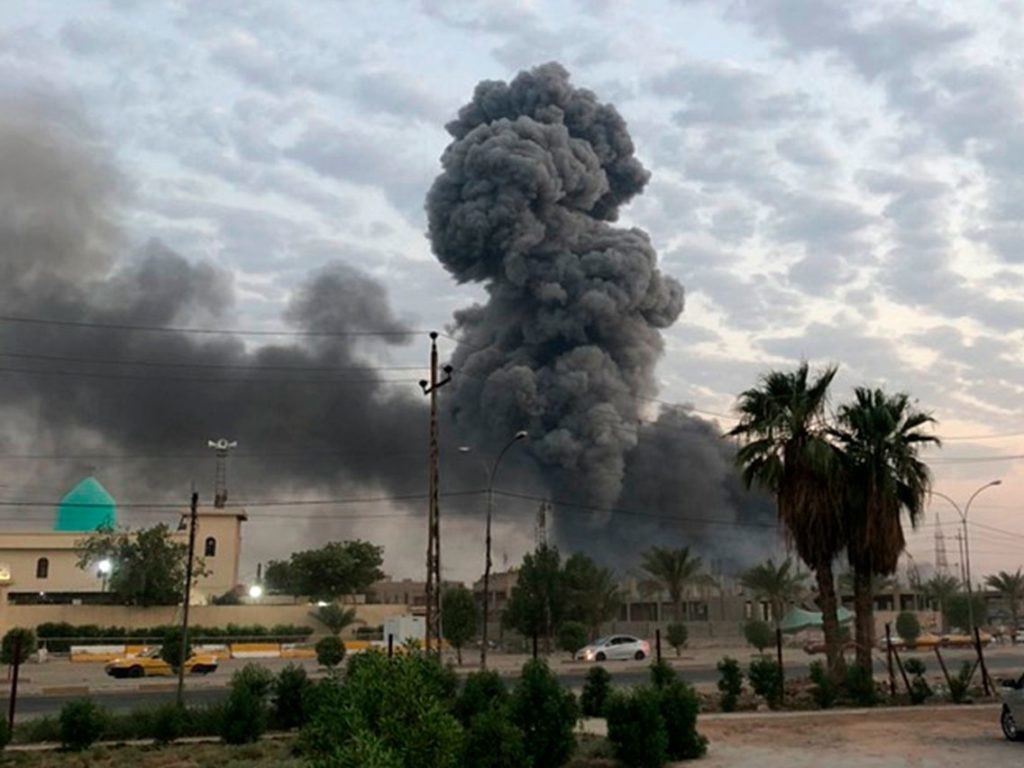 U.S. Embassy in Iraq under attack
The United States Embassy in Baghdad, Iraq, came under attack on Sunday as multiple rockets were launched at it.
Daily Mail reports that the rockets fired at the Embassy hit an apartment complex instead, killing civilians.
According to residents, three explosions rang out, heard inside the heavily-fortified Green Zone, home to the US Embassy and the seat of Iraq’s government.
This is following growing tension between the United States and Iran over the killing of Iranian General Qassem Soleimani.
Reports say that Soleimani, the head of the Iranian Revolutionary Guards’ elite Quds Force, was killed by the United States forces.
The top Iranian General was killed “at the direction” of Donald Trump, the United States President.
Speaking on Soleimani’s death, a Pentagon statement said, “At the direction of the President, the US military has taken decisive defensive action to protect US personnel abroad by killing Qasem Soleimani.”
The statement added that General Soleimani approved the attacks on the embassy.
“This strike was aimed at deterring future Iranian attack plans.
“The United States will continue to take all necessary action to protect our people and our interests wherever they are around the world,” the statement added.
Iran’s Supreme Leader Ayatollah Ali Khamenei had vowed to revenge Soleimani’s killing, while President Donald Trump warned that the U.S. would target 52 sites in the Islamic Republic if Tehran retaliates.
-NAN
Top Stories