A US politician has shown that love can find you anywhere after narrating how he met his wife in jail. 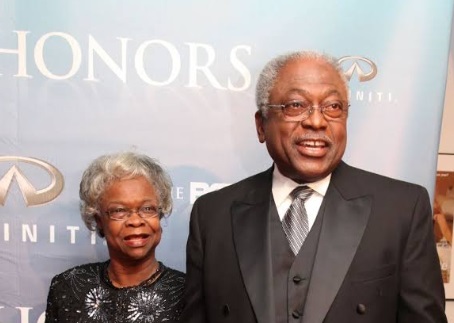 James E. Clyburn and wife
An American politician and member of the Democratic Party serving as House Majority Whip, James E. Clyburn has taken to his Twitter page to reveal a story that sounds like a lie but is absolutely true about himself.
The politician shocked his followers after revealing that he met his wife in jail after being arrested over an incident.
The Majority Whip representing South Carolina’s 6th District said he was arrested during a civil rights march and while in jail, his wife visited.
They didn't know before that time. She brought him food and ate with him. He later found out she knew him all along and had been plotting to meet him.
He tweeted: “I met my wife in jail after being arrested during a civil rights march. She brought me food and shared a hamburger with me. Turns out, she knew who I was and had been plotting to meet me for some time. We were married for 58 years.”
James Clyburn’s wife, Emily Clyburn died in September 2019 after 58 years of marriage. A Columbia, SC street has been renamed in her memory.
James Clyburn’s tweet narrating how he met his wife has gone viral after being liked by over 59. 4 K Twitter users. 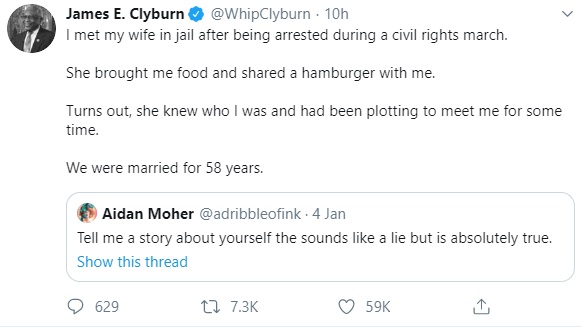