He spent five seasons at the Nou Camp, winning two La Liga titles before he finally moved to Italy. 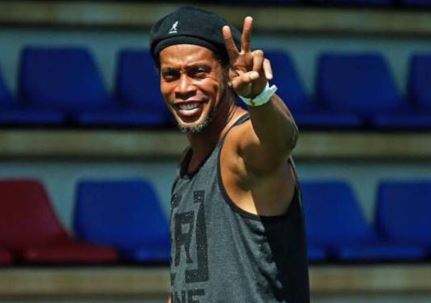 Former Brazil star, Ronaldinho, has named Frank Rijkaard as the best manager he worked with during his career.

Ronaldinho moved to Barcelona in 2013, where he worked with the Dutchman.

“He’s a great coach, a very quiet guy, the best I’ve ever worked with.

“He knew everything because he played at the highest level, and that made things easy for us.

“Everything he asked us to do, he has already done it before, so he spoke to us in a very simple and direct way.

“He gave me a lot of freedom to play my football. When we didn’t have the ball, we also had to fulfil our obligations. But when we had it, he made me feel completely free,” Ronaldinho told Panenka magazine.

EFCC Denies Its Statement Against Shehu Sani In Court