Age is just a number and one side is ready to enter the history books with their latest signing. 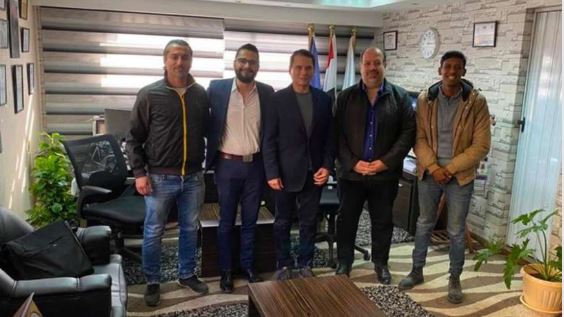 Third-division Egyptian club 6th October have confirmed the signing of Ezz El-Din Bahader, who has put pen to paper at the ripe old age of 75.

Should he take to the pitch, he stands to become the oldest professional footballer ever with the current record held by Isaak Hayik.

Hayik played for Israeli fourth-tier side Ironi Or Yehuda in April 2019 at the age of 73 with Bahader now set to replace him with the Egypt Football Association (EFA) eager to put his name in the record books.

“Today, the Egyptian Football Association has registered the oldest professional player in the world during the current winter transfer period. He is 75-year-old Ezz El-Din Bahader, who signed for 6 October in the third division,” the EFA wrote in a post on Facebook.

“He is preparing to enter the Guinness World Encyclopaedia of records as he begins his participation with his club."

No details of Bahader's contract with 6th October are currently available and his footballing history is also unclear.

"I was able to renew my contract with Yokohama for the 2020 season,” Miura said in a statement, quoted by The Japan Times.

"I hope to enjoy playing soccer and remember to be grateful as I make an effort to achieve the club's goal of staying in the J1. I'll work hard to contribute to the team's wins."

Miura will play his 35th season of professional football this year and turns 53 in February.

While still ready to give his all for the club, the attacker was limited to just three appearances last season and was unable to get his name on the score sheet. On the other end of the age spectrum, Mauricio Baldivieso is believed to be the youngest ever professional footballer when he played in Bolivia's first division at the age of 12.

Lining up for La Paz FC, Baldivieso was subbed on by his manager, who was also his father, late on in a game in 2009.

"Papa told me that I would make my debut if we were winning, but things went another way and I still got to play," he said at the time.