The 26-year-old had his medical over the weekend, but a late hitch has seen the transfer stall. 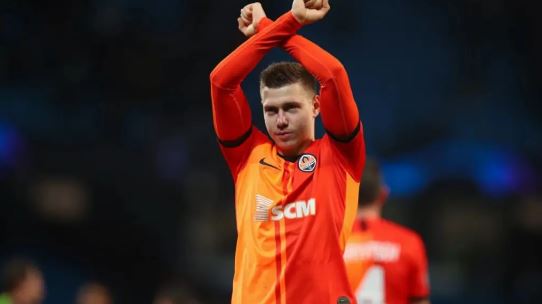 It was reported that Arsenal are keen to sign a new centre-back before Friday’s transfer deadline.

Flamingo defender, Pablo Mari arrived London on Saturday for his medical with the Gunners technical director, Edu Gaspar, after a deal to sign him on loan with a view to a £7.5m transfer was agreed.

The 26-year-old had his medical over the weekend, but a late hitch has seen the transfer stall.

Negotiations are ongoing between the two clubs, but Arsenal are also considering new targets.

According to TEAM1, the Gunners have now reached an agreement with Shakhtar to sign Matviyenko this month.

The Ukrainian newspaper reports that the North London club are now deciding whether to push ahead with a move for Matviyenko or to bring in Mari instead.

The report added that Arsenal manager, Mikel Arteta is also a huge admirer of Matviyenko.

Man City To Be Stripped Of 2014 Premier League Title