UPDATE: "Flex When You Have The Time" - Final Year Student's Last Post On Facebook Hours Before He Was Shot Dead By Cultists
Recent Stories


It was reported that Fernandes joined Manchester United on Wednesday from Sporting Lisbon. 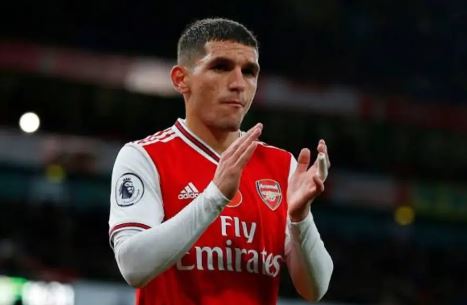 Torreira played alongside Fernandes during their time at Sampdoria.

It was reported that Fernandes joined Manchester United on Wednesday from Sporting Lisbon.

The Portuguese midfielder signed a four-and-a-half year contract with Ole Gunnar Solskjaer’s side with the option of an extra year.

Fernandes will earn around £70,000 per-week plus bonuses at Man United.

Speaking on the development, Torreira told Sky Sports: “I really hope he [Bruno Fernandes] adapts quickly, particularly as the Premier League is so physical and intense as a championship.

“I’m sure he has the right mentality to adapt quickly. Obviously he’s joining a big club in Manchester United so I hope he enjoys the move.”

Fernandes will now hope to feature for Man United when they take on Wolves on Saturday in the Premier League.

Olubadan Reacts After Being Accused Of Selling Chieftaincy Titles For N30m