Nigerian international, Samuel Chukwueze's club has been offered a whopping N13billion by Liverpool. 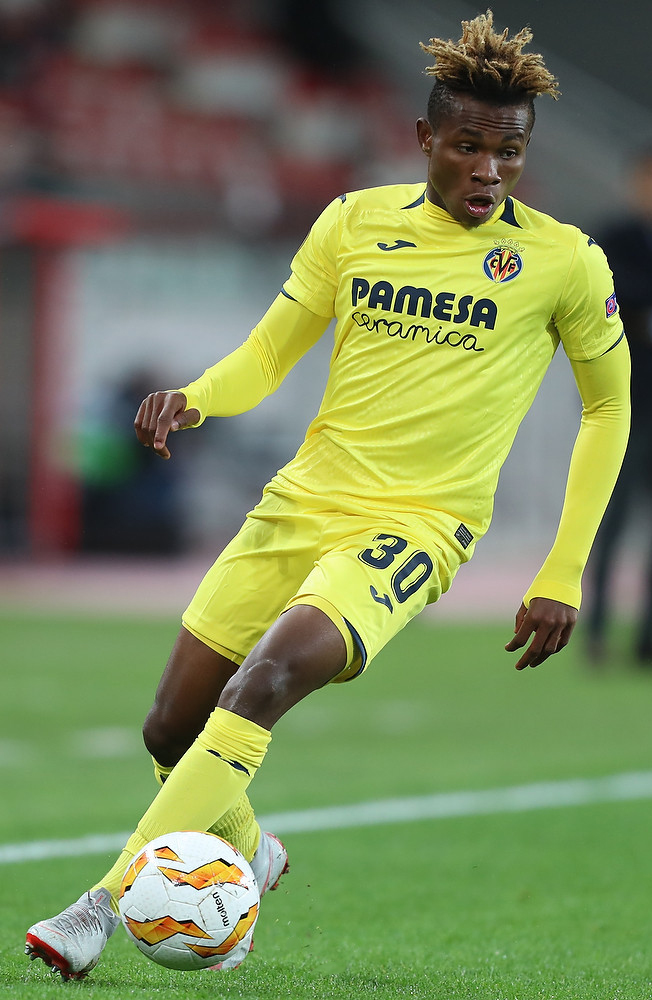 Samuel Chukwueze
Liverpool made a €35m (N13,892,779,162) offer for Samuel Chukwueze last month, but it was rejected by his club, Villarreal.
The revelation was made by France Football.
According to the report, Chukwueze had been linked with a move to Anfield last summer, but he played down the interest at the time.
The report also revealed that the Spanish club will only listen to offers in the region of €65m for the Nigeria international.
The 21-year-old winger had been identified as a good cover for Mohamed Salah by Jurgen Klopp but the German opted for Takumi Minamino as cover for Roberto Firmino, whilst Divock Origi and Alex Oxlade-Chamberlain are considered as good back-ups for Salah and Sadio Mane.
Chukwueze, who has four goals and four assists for the Submarines this season, has also been linked with moves to Lyon, Chelsea, and Manchester City.
Top Stories