Heartbreaking! Man Kills Himself After Mistakenly Thinking That He Has Coronavirus (Photo)


A father who wanted to save his family has hanged himself thinking that he has coronavirus. 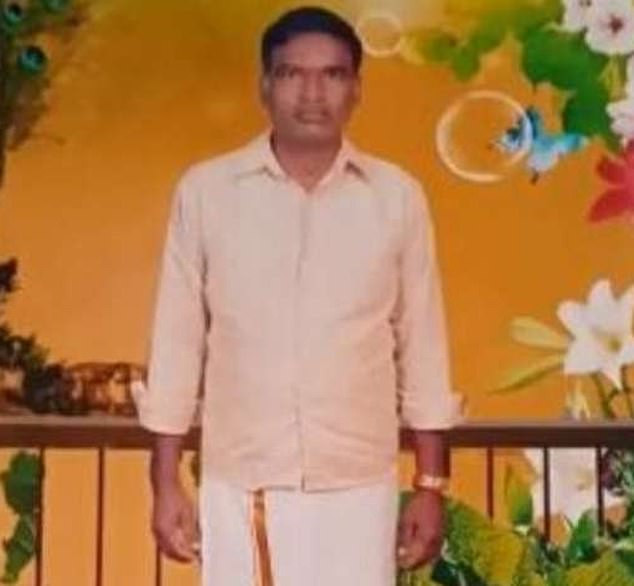 Bala Krishna
A man has taken his own life after mistakenly thinking that he had been infected with coronavirus. It was gathered that he died by hanging himself from a tree in a bid to avoid the transmission of the virus to his family in India.
The family of 50-year-old Bala Krishna said he had obsessively watched videos about the spread of the disease after contracting viral fever he wrongly thought was coronavirus.
According to his family, he locked his wife and children in their home in Andhra Pradesh's Chittoor district before hanging himself from a tree near his mother's grave.
His son, Bala Murali said his father took himself to the general hospital in Tirumala last week after being ill for several days and was diagnosed with a viral fever.
Doctors reportedly told him that it wasn't coronavirus that has claimed more than 1,000 lives since the global outbreak started in Wuhan, China.
But Mr. Krishna was convinced he had caught the virus and when he got back to his native village of Seshamnaidu Kandriga on Sunday he told his family members to keep their distance from him. Even when they tried to get closer to him, he threw stones at them to keep them away.
His son said: 'My father watched Coronavirus-related videos the whole day on Monday and kept saying he had similar symptoms.
'He attacked us when we tried to tell him that he did not suffer from the deadly disease.'
He also disclosed that he called a government helpline for advice after he became worried about his father's state.
'But they told me there was nothing to worry about if my father had not visited China recently and that I should calm him down. If someone had responded in time, my father would have been alive," he added.
On Tuesday he locked his family in their home and hanged himself from a tree near his mother's grave.
Top Stories